Android, by far the most popular OS for mobiles, is now running on more than 2 billion devices around the world. There’s no doubt about that since Google owns Android.

The newest Google operating system, Android O, is set to arrive later this year. Beta versions are already available for developers to test their apps. Here are the best Android O new features you should be excited about.

In Android O, you just press the home button and it will automatically shrink the video (picture-in-picture mode).

You can multitask while you’re enjoying your video. You can move it around, and when you’re done with it you just swipe it away. How cool is that!

One of the most obvious new features of Android O is, of course, the Settings menu. We have a completely new redesigned settings menu.

They’ve got rid of the sidebar menu introduced in Nougat version. It has a much shorter listing with everything well packed. It’s a lot cleaner and easier to navigate.

Android O will change the look and feel of its notifications. Whenever you have unread notifications, a dot will appear on the app. It sounds familiar, right? iPhone users can relate to that.

You can now change the standard shortcuts that you use to unlock your phone for whatever app you want.

Twitter is one the app that I use the most on my phone, whenever I unlock my phone I go straight to Twitter.

It would be helpful, if I can just swipe up and get to twitter right away, instead of diving through my phone to find that particular app.

This is so fun. It’s real pain to select a specific amount of text on your smartphone. You’ll spend time fidgeting on the screen to select that text.

Android O makes it easier to select addresses, phone numbers, businesses, and other selections by selecting the whole thing automatically. It will also give you suggested apps based on what you’ve selected.

With Android O, Google is taking the speed and battery life to the next level. The boot-up now is twice as fast and battery life will be improved considerably due to background limits on apps. 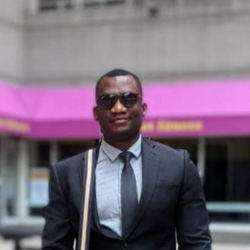