During today Apple’s earning call, CEO Tim Cook announced that customers will be able to finance a new iPhone using Apple Card with 0% interest over a two-year period. This will also include the regular 3% cashback that the card usually gives when buying Apple products at its stores.

The news came after Apple reported its fiscal fourth-quarter 2019 earnings, which saw an increase of 2% in sales from Q4 2018. It’s important to note that increase has nothing to do with iPhone sales, which by the way continued to decline by 9.2% from last year’s.

This is Cook’s statement in a press release:

We concluded a groundbreaking fiscal 2019 with our highest Q4 revenue ever, fueled by accelerating growth from services, wearables and iPad.

This is clearly one of Apple’s marketing strategies to boost poor iPhone sales. But it’s also another way for the company to encourage people to use its credit card. With this move, the company is literally killing two birds at a time. More people will sign up for Apple Card, which will result in an iPhone sales growth.

By Herby Jasmin
In HuaweiNews

The smartphone giant knows how to get people to buy its products. With this incentive deal, it will be extremely difficult for iPhone users to not jump on board, especially those who own older models.

There’s no specific date when this new iPhone installment plan will be available, but it will likely start before the holiday season. That way Apple can boost its revenue for the next earning calls. 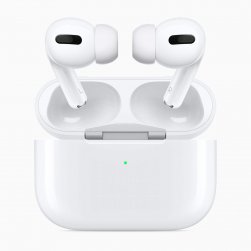