The 6 best smartphones of 2018 that deserve your attention 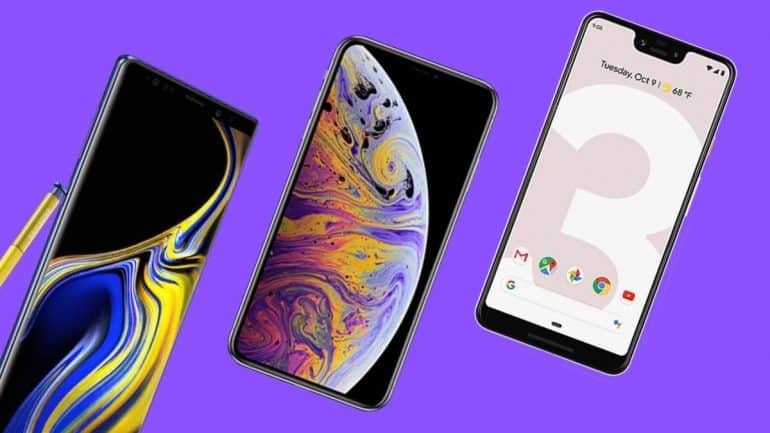 When you have to spend upwards of $1000 for a smartphone you know buying a new phone is not an easy decision anymore. If you are in the market to buy a smartphone, this guide is for you. We’ve put together a list of the best smartphones of 2018 that are worth your money. Make sure to check out last year’s edition: Best smartphone of 2017. Without further ado, let’s get started.

The Samsung Galaxy Note 9 is one of the best and the most complete smartphone released in 2018.

The Note 9 has a 6.4-inch gorgeous OLED display that wraps around the frame, a massive 4000 mAh battery, and better dual rear cameras. The most exciting thing about this phone is the S Pen, which lets you take notes and use the camera remotely.

I think it’s safe to say that OnePlus doesn’t only make affordable smartphones but also flagship smartphones that can go toe to toe to well-established smartphone makers like Apple and Samsung. The company’s latest flagship is another proof of the company’s vision in the smartphone industry.

The OnePlus 6T, introduced in October is a powerful, feature-packed Android phone. The device sports either 6 GB or 8 GB of RAM and either 128 or 256 GB of storage. there’s a notch, but it’s tiny. Yet it’s still a notch. Read our initial OnePlus 6T review for in-depth coverage.

The Galaxy S9 is another killer Android flagship from Samsung. The phone has a bunch of new features like the super-fast Qualcomm Snapdragon 845 chipset, a built-in heart rate monitor, improved AR and Bixby, its voice assistant. But the real star of the phone is the double rear cameras with a mechanical aperture, which can shoot portrait selfies and slow-mo videos.

The latest flagship from the iPhone line is the most powerful and the fastest smartphone you can buy in 2018. It’s a refined version of the iPhone X released last year to celebrate the tenth anniversary of the most successful gadget ever. The iPhone XS has the new Apple’s A12 Bionic chip, improved camera and AR.

If you deeply care about clean Android experience, excellent camera and all the goodness of AI you should have your eyes on the new Google Pixel 3 and Pixel 3 XL. Supposing you’re not a fan of Google Pixel 3 XL notch, keep in mind both phones got the same specs sheet except for the bigger screen found on the Pixel 3 XL.

I bought this phone for my wife’s dad – who hates iPhone more than anything else – and surprisingly it’s a powerful phone. You can buy this phone for just $250. Don’t get me wrong, just because it’s cheap doesn’t mean it can’t be good.

The Moto G6 is a gorgeous smartphone with solid specs. The device is shipped with Oreo with minor modifications. But you’ll have almost the same clean Android experience found on a Google Pixel device.