Which Galaxy S20 Should You Buy?

Which Galaxy S20 to buy this year.

Last week at its Unpacked event, Samsung unveiled its latest flagship smartphones: the Galaxy S20, S20 Plus, and the S20 Ultra. With so much variety, it can be confusing as to which Galaxy phone is best for you. If you have problem making up your mind, we’ve put together this comprehensive guide to help you decide.

Before we get started, we strongly recommend you to read our smartphone buying guide. It will help you get the best bang for your buck.

Which Galaxy S20 to buy

If you’ve been keeping up with Samsung Galaxy phones, you know the South Korean company isn’t a fan of small phones. So the new Galaxy S20 series are really big phones. In fact, the S20 Ultra has a gigantic 6.9-inch screen while the S20 and S20 Plus have a 6.3 and 6.7 inches, respectively.

All three models adopt the same 120Hz high-refresh display, which is higher than most other Android phones. So which ever model you pick up, you’ll get the same buttery smooth scrolling and prettier animations.

For the first time in many years, all three Samsung Galaxy models have flat OLED display. For those who hate curved screens, you all will be very excited with your new S20.

Moving on to camera, all three S20s come with major upgrades compared to their predecessors. The S20 and S20 Plus have basically the same cameras: A 10MP front camera, 12 wide angle camera, 12MP ultra-wide camera, and a 64MP telephoto camera. However, the S20 Plus has an extra DepthVision camera for better portrait photos.

Samsung took the Galaxy S20 Ultra to a whole new level. It has a whopping 40MP front camera, 12MP ultra-wide camera, 108MP wide angle camera, and a 48MP telephoto camera. The S20 Ultra also comes with the fourth depth-sensing lens found on the S20 Plus. All three S20 variants are capable of shooting 8K video.

All three models of the S20 come with Qualcomm’s newest Snapdragon 865 chipset (North America, China, Japan) and Samsung Exynos 990 (Europe & Rest of World). This new processor is 25% faster than last year model, which means you should get ultra-high performance with any of the Galaxy S20 family.

5G connectivity comes as a standard feature for all models of the line-up. The S20 Plus and S20 Ultra will support both mmWave and lower frequency Sub-6 5G. However, the regular S20 will only have Sub-6. While 5G is still pretty new, if you’re an early adopter who wants to experience new technology as soon as they come out, go for any of the S20 Galaxy.

Unlike iPhones that still start with 64GB of storage, all three models of the S20 come with 12 GB of RAM, 128 GB of storage, and a MicroSD card slot. So if you pick the base model, you should have plenty of storage for all your photos, videos, and musics.

All three S20 devices have batteries about 10% larger than the S10 series. The regular S20 starts at a 4000 mAh battery, then goes up for the S20 Plus at 4500 mAh and S20 Ultra at a whopping 5000 mAh. While these are relatively big batteries, you have to factor in how 5G and 120Hz refresh rate can take a toll on battery life.

Which one is best for You?

Now that we’ve broken down all three S20 models, it should be easy to know which one is best for you.

The standard Galaxy S20 is the best for most people. It has the same specs as the larger S20 Plus except for the fourth camera lens, mmWave 5G connectivity, and a slightly bigger battery. If these differences justify the extra $200, go for the S20 Plus.

However, these extra features are not deal-breaker for the vast majority of consumers. So, you can take the S20 anytime over the S20 Plus and won’t lose much.

If you’re a heavy user and can’t settle with the regular S20, just go straight to the S20 Ultra. It’s the real big deal. While it’ll cost you $200 more than the S20 Plus, the upgrades are definitely more compelling.

You’ll get a completely different camera setup, more battery life, and a truly massive display. Keep it mind, the S20 Ultra is significantly heavier, larger and thicker than the other S20 series. If you have small hands that something you should consider before buying.

If you found this guide useful, then please share it so your friends can enjoy it too.

How to free up iCloud storage space: 5 Tips 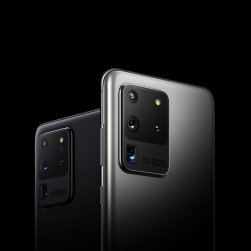