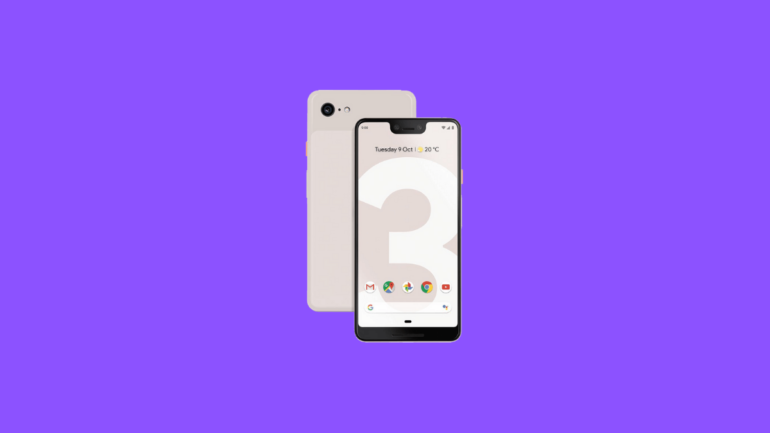 Introduced by Essential on its failed Essential Phone PH-1, and Apple with the iPhone X made it safe for other phone makers to adopt the notch.

Google now with its flagship Pixel 3 XL has given in to the notch. As a matter of fact, it has the deepest notch we’ve ever seen so far.

So, why did Google bother to add a notch on the Pixel 3 XL? There’s one compelling theory behind this absurdity: the iPhone has a notch. But we need a little bit of history to break it down.

Since the dawn of the smartphone, displays have always had a square shape with huge top and bottom bezels and small side bezels. As time goes on, phone makers start making big phones in order to provide more real estate screen.

And here we’re. Smartphones with big displays were a thing, especially Samsung with its Galaxy phones. But there was a problem, the phones looked way too bulky. They couldn’t fit in pockets, and couldn’t either fit in regular-sized hands. Using them with one hand was a dilemma. People want a bigger display, but they don’t want a bigger phone. So now what? Phone makers went after the bezels.

New smartphones are coming out with less and less bezels than ever. We’ve seen companies go upside down – from removing the Home button, headphone jack to moving the fingerprint reader to the back – in the full-screen pursuit.

But there’s a problem that yet needs to be addressed, the components on top of the display, such as the earpiece, camera, ambient light, and sensors. They need somewhere to house them in order to get that edge-to-edge display.

Andy Rubin, Android creator, found a way to get rid of the top bezel on smartphones. It introduced its first smartphone the Essential PH-1. Maybe its last one since the company has canceled the Essential PH-2. It’s so unfortunate, many people were already fell in love with the clean software, design, and build form factor.

When the Essential phone came out with the tiny cutout at the top of the screen to house the front-facing camera, people had mixed reactions. Some saw it as innovation, while others found it awkward and disturbing as it was a completely new design to the smartphone industry. They weren’t ready to embrace the notch and maybe will never. Or maybe it was because implemented by a startup company.

Around that time, the Cupertino, California-based company was celebrating the 10th anniversary of the most successful gadget, the iPhone. Apple felt the obligation to make an iPhone that will shape the future of the mobile industry for the next 10 years.

Rumors and reports were saying that the iPhone maker was working to make an all-screen iPhone with an in-display fingerprint reader. But failed to make it happens due to issues with embedding the new components of the notch underneath the display glass – the technology wasn’t ready yet.

Apple introduced the iPhone X, a bezel-less iPhone with 3-D facial recognition, and a completely new design that doesn’t look like any iPhone released before. See for yourself, check the iPhone evolution through the years. There was a big controversy in the midst of all the hype and buzz the device’s been making, the notch.

With the iPhone X, Apple has made the notch a thing, and now it’s safe for every phone maker to copy it.

Yes the iPhone X has the same little piece of bezel hanging down the top of the screen like the Essential Phone, but way bigger. The notch is what made possible an edge-to-edge display at least for now. Without the notch, we’d have a stripe of bezel across the top of the phone and loss of display space.

I’m not here to defend the notch by any means. I’m not and will never be a fan. And as of today I still believe it’s a poor design, and Apple will get rid of the notch in the near future.

Thanks to Apple the notch is now a thing, several companies have followed suit on it, including the freshly released Pixel 3 XL. Some Android manufacturers put a notch on their phones just because iPhones have a notch. They’re following the trend and seem to ignore the real purpose of it. I’ll talk much more about that below.

And this is the case of the LG G7 ThinQ which has a notch, then retains a bezel at the bottom of the screen commonly called “chin”, which doesn’t make any sense. What’s the point of having a notch? Don’t get me wrong the Essential phone has a chin, and as much as you want to convince yourself those Android phone manufacturers don’t add a notch because of the Essential phone.

When it comes to hardware, Google is definitely not the best in the game. In fact, the company is best known as a search engine company than anything else. Their products speak for themselves – they’re not the best looking out there, especially the Pixel 3 XL.

Google has the habit to troll Apple’s design choice, then blatantly follow suit next year. I’m not entirely sure if Google understands the concept of the edge-to-edge display, because the Pixel 3 XL is not even close to that. Why does Google tend to always mess up its products?

A company with so much potential, which could truly go toes to toes against Apple at every level is throwing everything out of the window. The stakes are too high for Google to behave like other Android phone makers.

What the Hell Is Going on With Fortnite?

Those companies got nothing to lose, on the contrary, they’re gaining momentum by following the trend – more importantly, a trend set by Apple the most technologically advanced company.

Google’s hardware division must be thinking, we already got the best camera on any smartphone and are taking the front-facing camera to a whole new level, let’s just put a notch to the high-end Pixel. People seem to love it, and after all, iPhones got notch. That’s how Google shamelessly added a giant notch to the Pixel 3 XL.

Now there’s been a lot of arguments about Apple’s justification of the notch. Many iPhone users are saying, the iPhone X notch is fine because the company was able to put an advanced piece of tech in that little cutout.

Look, as long as you’re chasing the edge-to-edge screen dream the notch is inevitable for now. It doesn’t matter what you make use of it, and I think there shouldn’t be any debate about trade-off to justify the notch. It’s simply a temporary fix for an all-screen phone.

Google also seems to not stand behind its decision to put a notch on the Pixel 3 XL. The company will let users hide it with a software black bar. But guess what? It is much worse than the notch.

Now you have that huge chunk of black bezel at the top of the screen with the time and notifications pushed down below the notch. It’s just both hard and painful to watch. Oh boy, what a mess.

I firmly believe if Apple didn’t adopt the notch on its iPhones, as of today we wouldn’t have any notch on the Pixel 3 XL.