A Beginner’s Guide to Get You Started With Tiktok

TikTok initially released in September 2016 by ByteDance, a Beijing-based media and tech company. However, it wasn’t available in the United States until 2017 when it released on both iOS and Android devices.

Within a year of its release, it had over 100 million users and over a billion videos viewed every day. A billion dollar acquisition of Musical.ly shortly followed its release in November 2017.

However, they did not fully merge until August 2018 when all existing accounts and data stored on Musical.ly integrated into TikTok. That’s how the lip-syncing video app ceased to exist.

Here’s everything you’ll learn about in this guide:

Tip: Click the link above to jump to a specific section or continue scrolling through to learn everything about one of Gen-Z’s favorite apps.

If you remember Vine, you may already know what TikTok is all about. TikTok is a video-sharing social media app that let users create and share 15- and 60-seconds videos in length.

Unlike Vine videos that were only 6 seconds long, TikTok videos can go up to 60 seconds. That way, the app gives users plenty of time to be more creative and experimental with their videos.

How does TikTok work?

The app works as a social media platform centered around short videos with music and audio. It also allows users to edit their videos with simple features such as filters, music, animation, special effects, and more.

Once a user makes a video, they can upload it to almost any other social media platform. This makes it easy to use alongside Snapchat, Facebook, and Instagram. Most users create comedy content or to show off their unique talents.

When first opening the app, you are not greeted with a create account option. Instead, they show recent videos for you to browse.

However, creating an account is still a simple process. Here are a simple set of steps to create an account:

Download the TikTok app from the appstore or google play store then open the app.

Next, you create your password then click ‘next’ which opens a reCAPTCHA authentication. Simply check the “I’m not a robot” box, then hit continue. You now have a TikTok account.

2. Set up your profile

Once you created your account, next you’ll need to set up your profile.

Tap on your profile icon at the bottom right corner, tap the Edit Profile button, then select a profile photo or video.

How to use TikTok

While it can seem overwhelming at first, once you get used to the navigation of TikTok it becomes second nature.

Like Instagram and Vine, TikTok videos are vertical. As soon as you open the app, a vertical video will start playing. You might see an ad, too.

On the top of the app you’ll see two buttons, “Following” and “For You.”

The “For You” tab will be selected by default. This pulls up a stream of videos tailored to your interests similar to how Instagram’s Explore page works.

On the right side of the screen, there is a column of four buttons. The top button brings you to the profile of whoever’s video your watching and follows them. You can also swipe left to navigate to the creator’s profile.

Below that are a comment button and a heart button, which work in the same way as most other social media platforms. At the bottom is a forward button to send the video you’re watching to any of your friends or other platforms.

The button below this set of four buttons with music notes emerging from it shows the song playing on the video. Pressing this button pulls up the name of the song and the artist’s name. The song and artist’s name is also displayed on the bottom left right below the title and hashtags of the video.

A row of five icons on the very bottom of your screen are the main navigation buttons. The “Home” button brings you to your home page with videos of everyone you follow. To search for specific creators, press the “Discover” button.

To send a private message to someone, just press the “Inbox” button. This is also where you will find any private messages and notifications sent to you. The button “Me” on the right of this row shows your profile with the videos you’ve posted to the app.

On the left side, you’ll find the creator’s name along with a short description of the video. Below that there’s the name of the song and the artist. You’ll also find the hashtags if there’re any.

2. How to to make a TikTok video

Now that you know how to use TikTok, it’s time to make your first TikTok video.

First, tap the plus sign at the bottom of the screen. The camera window will open where you can start recording your video. Tap the Flip icon in the top right of the screen to face the camera in the right direction.

On the top center of the camera screen, you’ll see a music icon with the word “Sounds” next to it. Tap this to either add a music track before or after you shoot your video.

I forgot my Android pin, password or pattern. Here’s The Real Fix

By Herby Jasmin
In How to

On the right side of the screen, you’ll see a set of icons, here’s what each does:

On the left-hand side, you’ll see the effect icon. Tap this to add AR filters and other special effects to your video. You’ll see an array of cool AR effects. Take your time to play around and experiment with them and take the one that better fit your video.

With over 500 million users, almost everyone uses TikTok nowadays. Users are fairly evenly spread between type of device they use the platform on, gender, location. The only significant group is younger people from the age of 16 to 24 making up 41% of the user base.

This huge following on the app started to bring companies, celebrities, and professionals to the platform as well. In September 2019, TikTok and the NFL announced a partnership with an official NFL account.

Celebrities such as Jimmy Fallon, Tony Hawk, Kevin Hart and Dwayne Johnson also make great use of the app sharing comedy and cool videos of art.

TikTok became so popular from its simple way to create videos and integrate them into other social media platforms. This sprung its growth throughout the world. Also, its short-form videos and simple interface makes it easy to use in the short breaks everyone has throughout the day.

Just like every other social media app, TikTok is only as good as its creators. TikTok managed to bring in some great creators that make content all the way from funny skits and cute dog videos to impressive skills.

The difference in TikTok is the way it integrates everyone’s favorite music into the videos and the simplicity it brings to create great videos. Anyone can create a hilarious skit or lip-sync video with the press of a couple buttons. On-the-go editing make it so anyone can create these videos throughout their normal day.

Is TikTok safe to use?

Just like most other social media platforms, TikTok has issues with cyberbullying, explicit content, and sexual predators. Because of its popularity with children and young adults, journalists around the world began raising concerns about the apps lack of privacy settings. These lack of privacy settings and general demographic also caused concerns for exposing children to sexual predators.

These same issues also created cyberbullying within the app with several popular creators sharing their stories. In an attempt to combat this cyberbullying, TikTok began suppressing videos from people with disabilities and the LGBTQ community. Unsurprisingly, this only led to more backlash.

Some have also brought up concerns of addiction to the app aimed at young adults and children. With the average daily use of the app at almost an hour, there are concerns children use the app when they could be doing more constructive activities. To combat this, TikTok implemented a feature that encourages users to take a break every 90 minutes.

National security concerns in the US

The national security concerns in the US with the apps use stem from its popularity with armed forces personnel. Peterson Institute for International Economics went as far as to describe the issue as a “Huawei-sized problem.”

With the app’s ability to collect location, image, and biometric data, TikTok could be collecting this data on US armed forces personnel. Due to the China Internet Security Law, the app would have to share this data with the Chinese government.

These concerns were only heightened when the Bytedance’s founder and CEO stated they were deepening cooperation with the communist party to promote their policies.

Please don’t forget to share this article on your favorite social media. 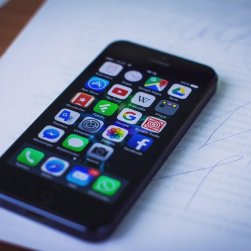 iOS 13.2 changed again how to delete your iPhone apps