Evolution of the Samsung Galaxy S series since 2010 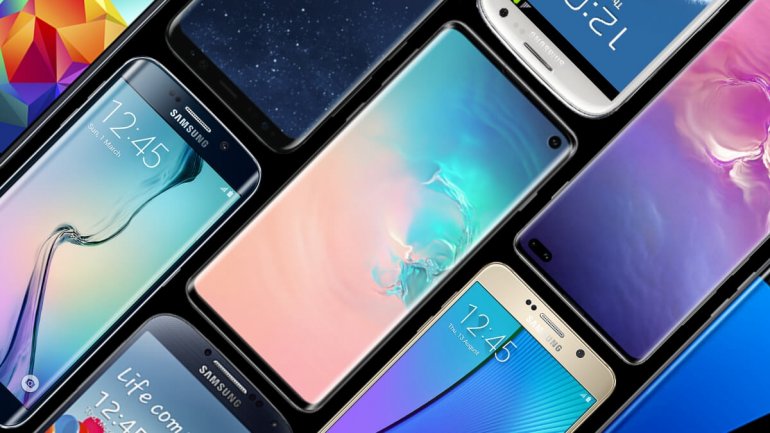 Samsung will unveil its newest flagship in 2 days from now.

Almost everything has already been leaked. From what it will look like to its specifications, there’s nothing left that will surprise most people when it gets announced.

The first model of the Samsung Galaxy S Series.

Launched in 2010 at the Mobile World Congress in Spain.

With a 4 inch super AMOLED display with Corning Gorilla Glass protection, 5 MP rear camera, and 1 GHz processor, the Samsung Galaxy S was set to be the main rival of the iPhone 4.

Announced in February 2011, with a bigger 4.3-inches super AMOLED display, dual-core 1.2 GHz processor,  8 MP rear camera and 2 MP front camera, the competition was starting to get real for Apple.

The phone came in 16/32GB internal storage and up to 32GB of external storage. The Galaxy SII was such a huge success for the company that it was proclaimed the “Smartphone Of The Year” at MWC 2012.

With the Samsung Galaxy S III, Samsung took its game to the next level. The Galaxy S3 was so iconic, its shape and look were some of its key successes.

Launched in 2012, with a 4.8-inch Super AMOLED display and its Intelligent Voice Assistant (S Voice) as Siri’s competitor.

Under the hood, you’ll find a 1.4GHz quad-core processor combined with 1GB of RAM. No improvement was made in the camera, so the S3 came with the same rear camera as the Galaxy SII.

While the Samsung Galaxy S4 was making lots of hype due to its bigger screen in a relatively small form factor, however, its plastic cover made it look cheap compared to its direct competitors.

Announced at MWC in Barcelona in March 2014, with the Galaxy S5 Samsung took another direction with its Galaxy phones. The South Korean Company introduced a fingerprint reader and was the first Galaxy phone to be water and dust resistant.

The S5 also had a Full 5.1-inches HD display. There was a 2.5GHz quad-core processor on the inside, paired with 2GB of RAM. And the rear camera was once again improved, to a 16-megapixel module

Once again Samsung was globally criticized due to its poor build quality. However, on the inside, the S5 was a beast compared to any Android phone at the time.

Samsung has finally got rid of the plastic cover on its Samsung Galaxy S series. The Galaxy S6, launched in 2015, came with an octa-core processor and a 16-megapixel camera.

It was the first of the Samsung Galaxy S series to ever feel premium when holding in the hands thanks to its high-end metal and glass build quality. However, there were couple things that upset many Galaxy lovers: battery wasn’t removable and no SD card support either.

The Galaxy S6 edge and S6 Edege+ came with a 5.1 and 5.7 inches display, respectively that curved on its left and right edge.

Samsung this time tried to justify the higher price of its Galaxy Edge phones by putting a bigger display on the Galaxy S7 Edge. (S7: 5.1-inches screen; S7 Edge: 5.7-inches)

Announced at the MWC on February 2016, the Galaxy S7 looks almost identical to its predecessor, with a sleek change in the design. Their backs have been rounded a little bit, to make it easy to hold, and the camera protrusion is almost non-existent.

Both phones use Samsung 2K screen resolution and come with a 12 and 8-Megapixel rear and front-facing cameras respectively, 4GB of RAM.

Samsung almost changed everything with the Galaxy S8 and S8 Plus

Announced in March 2017, both Galaxy phones come with curved edges, 5.8 and 6.2-inches infinity edge-to-edge display, fingerprint reader moved to the back of the phones, which created some controversies because of its awkward location (right next to the camera lens).

A new button pops up on the right side of the phone and Bixby was born, Samsung’s new Digital Voice Assistant. They added iris scanner and Facial recognition as additional ways to lock and unlock the phone.

If you’re familiar with the Galaxy S8, you may have a hard time to differentiate the S9 from the Galaxy S8. The S9 and S9 Plus both look pretty much the same from the exterior and come with the same 5.8 and 6.2-inches, respectively.

The Galaxy S9/S9 Plus offers AR Emoji (Augmented Reality Emoji). They allow you to create 2D images of your face to then create a 3D customizable virtual avatars, which can be used in messaging apps (Answer to Apple’s Animoji).

The first in a flagship phone to have a variable aperture (f/1.5 for low light and f/2.4 and brighter conditions). The S9 and S9 Plus are able to capture slow-motion shots a 960 fps while other phones record slo-mo video at 240 fps.

Samsung this year has released three standard phones the Galaxy S10, the Galaxy S10 Plus, and the wallet-friendly Galaxy S10e. Again none of them has the notch, instead, the South Korean company went for the hole-punch display to achieve the edge-to-edge display.

The more affordable Galaxy S10e comes with a smaller 5.8-inch display and a smaller 3,100-mAh battery. Like the Galaxy S10, it only has a single front-facing camera. It’s available with either 6GB of RAM and 128GB of internal memory, or 8GB and 256GB.

Lastly, the Galaxy S10 5G has a 6.7-inch display and supports 5G mobile networks. When you flip it over, you’ll find a four-camera setup.