The company revealed three new flagship Galaxy S20 phones, plus the Z Flip foldable and the Galaxy Buds Plus. 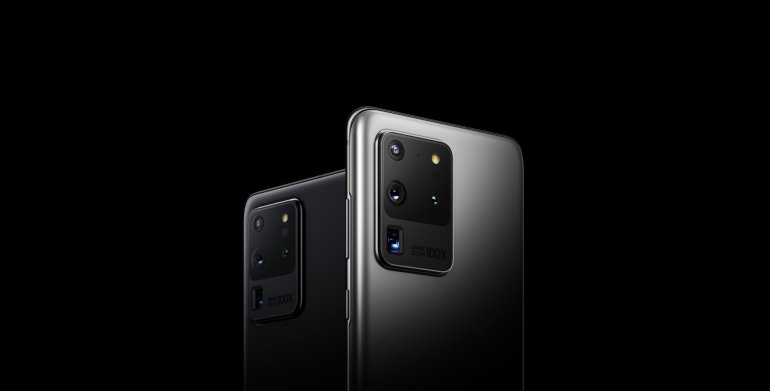 The Galaxy Z Flip is finally here. After a handful of leaks over the past months, Samsung has officially announced the successor of its Galaxy Fold. But this time, they took a different approach with the folding mechanism.

The phone looks a lot like the Motorola Razr foldable phone. It has a horizontal crease across the center of the device, while the first generation has a vertical crease.

When it’s open, the phone has a giant 6.7-inch screen. Folded, it has a small display at the top for viewing notifications like time, battery life, caller ID, and text message previews. You’ll find two 12MP rear cameras to capture both ultrawide and wide-angle shots and a 10MP front-facing camera.

The Galaxy Z Flip should be available to order on Valentine’s day with a base price of a whopping $1,380.

The lineup includes three variants: the 6.2-inch S20, 6.7-inch S20+ and the 6.9-inch S20 Ultra. All three models support 5G connectivity and are dust- and water-resistant at IP68. They all have displays that run at 120hz. So, everything will look and feel significantly smoother than before.

The S20 has a triple rear camera setup while the S20+ and S20 Ultra have an extra depth sensor. Each Galaxy S20 has regular, ultra-wide, and zoom lenses. The S20 and S20+ support 30x digital zoom while the Galaxy S20 Ultra can reach 100x zoom.

Samsung unveiled the upgrade version of its Galaxy Buds, the Galaxy Buds Plus to take on Apple’s latest AirPods. They look exactly the same as the original Galaxy Buds. The biggest upgrade is the battery life. Samsung said they can last for up to 11 hours on a single charge, and another 11 hours of charge with the charging case.

Additionally, Samsung has made a number of improvements such as dual dynamic drivers, active noise cancellation, more microphones, etc.

The new Galaxy Buds Plus will be available to buy on February 14th for $149.99. They will come in black, white, and blue color options.

How to free up iCloud storage space: 5 Tips