If you’ve been following tech news lately, you may have heard that Facebook is actively working to develop a new cryptocurrency called Libra. If all goes according to plan, this new digital currency will allow users to purchase items and send money with almost no fees.

The idea of a cryptocurrency created by the world’s largest social media platform is as exciting as it gets. However, there’ve been mixed reactions from both the mainstream media and consumers about what Libra really is.

They’re skeptical about why Facebook created Libra, how it will be managed, and used, but more importantly how much power Facebook will have over the new currency.

There’s a lot to learn about this new project. So we’ve compiled this beginner’s guide to Libra to help you have a better understanding of how this new cryptocurrency could become the future of money.

To put it short and simple, Libra is a new cryptocurrency created by Facebook. But Libra doesn’t stand alone, it’s multiple things. To be specific, it’s three entities: the Libra currency, the Libra Association, and the Libra Blockchain. To go deeper and understand all the ins and outs, let’s take a look at the big picture here.

Libra is a blockchain-based new digital currency that was announced by Facebook co-founder and CEO Mark Zuckerberg back in June 2019. The project has a launch date of early 2020 and will be run by a Switzerland-based nonprofit foundation called the Libra Association, which aims to make this new crypto accessible, stable, and secure for everyone.

Unlike other popular cryptocurrencies such as Bitcoin, Litecoin, and Ethereum, which values are volatile, each Libra coin will be tied to a group of fiat currencies like the U.S. dollar, the euro, the Swiss franc, the yen, and others.

In many ways, Libra will function like today’s stablecoins, which are a group of cryptocurrencies whose value is pegged directly to a real-world asset. For example, each unit of Coinbase’s USD Coin (USDC) represents $1 that the popular crypto exchange has in reserve.

Libra is intended to provide a basis for the first truly global currency, which could help empower billions of people around the world without bank accounts or with little access to financial services.

Libra vs. other Cryptocurrencies

Permissioned blockchains use cryptography to create a permanent, immutable record of transactions. This will ensure that double spending and other types of fraud do not occur with Libra. Unlike most cryptocurrencies, Libra’s blockchain won’t rely on mining, which will allow it to act as a real digital currency.

More importantly, the Libra blockchain will be fast, scalable, and efficient. This will allow thousands of transactions to be processed per second at launch. If successful, this would be a paradigm shift for cryptocurrency, which has been plagued by low transaction rates, as highlighted by bitcoin’s ongoing scalability problem.

While most cryptos are seen as speculative investments, Libra is intended to function as an everyday digital currency. This means that users of Libra will be able to exchange their local currency for an equal amount of Libra. From here, they can use Libra to purchase goods and services or to send money around the world with little-to-no fees involved.

Needless to say, this will have a significant positive impact on those who lack access to financial services. It will set those people free from greedy money transfer companies like Western Union that have been ripping off their customers for years. Through the power of Libra, unbanked people around the world could have control over their financial future for the first time.

Many of today’s leading cryptos have nonprofit organizations loosely associated with the development, upkeep, and standards surrounding the underlying technology.

Instead of adopting this unorthodox structure, Facebook has opted to form the Libra Association in partnership with several big names such as Mastercard, Visa, PayPal, Uber, and many others.

The social media giant wouldn’t want to give the impression that Facebook is the face of this project because of the company’s turbulent history of privacy controversies with its users’ data.

A few of the most notable partners include PayPal, eBay, and Uber, which suggest that the idea behind Libra has gained acceptance among tech companies. Ideally, the Libra Association will eventually include around 100 members before the official launch, which will share the ability to make final decisions on Libre through a voting process.

To be qualified members should have more than $1 billion USD in market value or more than $500 million USD customer balances. In addition, they must reach more than 20 million people a year and be recognized as an established top-100 industry leader by a third-party association.

Similar to the Federal Reserve of the United States, the Libra Reserve is intended to serve as a store for all the money associated with the Libra ecosystem.

For example, if you purchase $100 worth of Libra, the funds you exchanged for your new crypto will be deposited in the Libra Reserve. Overall, the Libra Reserve is intended to provide confidence and stability for Libra so it can be used just like traditional money.

When it comes to the Libra blockchain, Facebook and its partners envision an open-source project where anyone can build a service or app that can accept this new cryptocurrency.

Libra wallets are currently under development and will be able to send funds from Facebook’s Calibra wallet to any other application in the Libra ecosystem. Since Libra is intended to be a global currency, its blockchain will prioritize scalability, security, efficiency to help bring financial services to more than 2.7 billion customers Facebook has across its platform, which includes Instagram, Messenger, and WhatsApp.

How to use Libra?

Once Libra is up and running, you should be able to use it just as you would use any other form of money. However, one of the most promising use cases for Libra is for remittances.

Every year, migrants spend almost $25 billion on Western Union fees to send money to their loved ones back home. Through the power of the Libra blockchain, these fees would go away. This would mean more money in the pockets of those around the world who could use it the most.

To avoid any potential conflict of interest that would result from Facebook creating a cryptocurrency, the social media giant is creating an independent organization called Calibra.

This subsidiary company will handle everything associated with Libra. In addition, it will protect user’s privacy by preventing Facebook from acceding Libra payment information and transactions that can be used for advertising purposes.

Calibra will function as a digital wallet and will be integrated into WhatsApp and Messenger and also be available as a standalone iOS or Android app. The app will allow users to store and send Libra to other users.

As we have seen, there are many exciting aspects underlying the Libra cryptocurrency project. While we will have to wait until early 2020 to be able to use Libra, Facebook is already giving us a taste of what to expect from Libra with overviews of the user experience.

Different cryptocurrencies have been emerging for many years now but are far from becoming what they were intended to. Libra might finally be just what we need to make digital currency mainstream.

Let us know what you think about Libra in the comment section below.

If you found this article helpful, then please share and/or recommend it to your friends, so they can benefit from it too.

Update – May 26, 2020: Facebook has rebranded Libra wallet Calibra to Novi. With this move, Facebook wants to give the impression that the Libra project isn’t a Facebook project per se.

Update – Dec 1, 2020: In an effort to further distance the project from Facebook, they’ve rebranded the Libra Association to Diem Association. 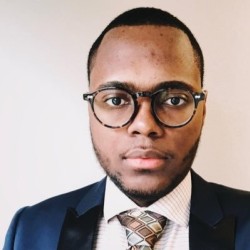