With Giphy's acquisition, Facebook now has its claws in a bunch of apps that use the Giphy service 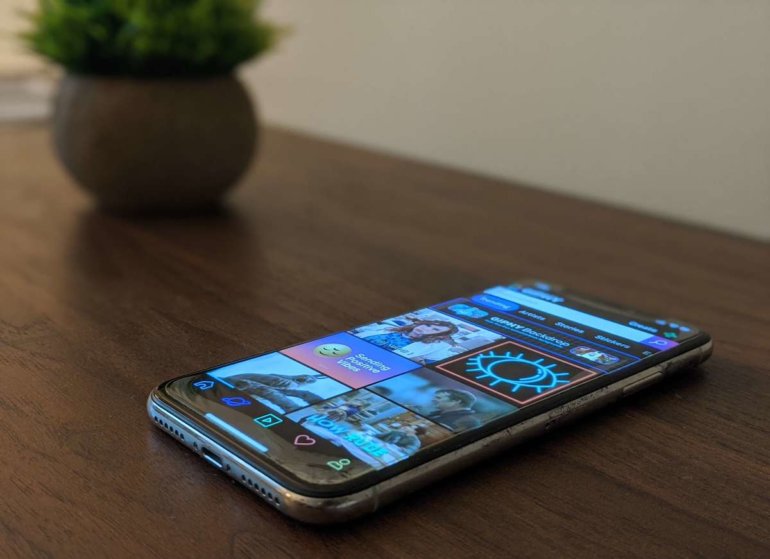 Giphy is the largest collection, library, and app for “reaction GIFs.” What is a GIF, anyway? Well, if you’ve ever responded to a friend with an image or posted your feelings about your current lecture you’ve sent a reaction GIF.

These GIF library apps allow users to both search for certain images or create their own from uploaded media. Integrated into messaging and social media apps like Instagram, Messages, Signal, Telegram, and WhatsApp, Giphy leads the market in searches and user downloads. Here are the top three GIF apps.

Based on these numbers, Giphty not only leads the rankings of GIF libraries, but dominates the user’s attention, searches, and app integrations. But why would you need a pop image library and why would you pay $400 Million for it?

True, tech companies are constantly looking to diversify their portfolio for more profitable and popular apps to stay at the top of the wave and hold their relevancy in the financial market. However, certain acquisitions provide more business strategy and competitive advantage than just money.

Digital platforms and social media services exits now not just because of their app but rather because of all of the added or integrated services that those apps allow.

Think of your Instagram account. How many other apps can you use to help you shot photos, edit, retouch, post, comment, like, and repost? Lots. It’s the same with all other apps. Giphy is by far the most popular GIF library available.

Let’s say Giphy is bought by Apple and then disallows its use on Instagram and instead forces users to only use it on Messages. This simple action could cause users to be pulled away from Instagram for another app.

If Facebook wants to keep its seniority it needs to keep a close watch on all of its integrated apps. Instagram alone accounted for 25% of all of the Giphy traffic and the Facebook family of apps account for 50% of the traffic. It would be a hard fall if Facebook lost this activity.

If knowledge is power then digital user data is the Infinity Gauntlet. Facebook knows what is going on with user data on its own platforms. So, when you use Facebook or Instagram, there are tracking cookies, reports, messages, and information that Facebook collects. Once you leave their platform there is less ability for Facebook to know what is popular, trending, or dying.

Facebook wants to know what is going on with its users to know how it can change its own platform to make it more relevant. There is no better way to spy on users via non-Facebook platforms than to use an integrated app that is already embedded into those apps. Snapchat stole almost 3 million users from Instagram. In response, Facebook created Instagram Stories.

There is a catch. The user needs to use an app that shares user data with Giphy. So, secure messengers like Telegram and Signal that don’t share data are unaffected by the acquisition, hopefully.

Both Signal and Telegram have come out and stated that they do not share user data with Giphy.

Basically, this means that all Giphy, and now Facebook, sees is the search term but not who or where the user is. Zoom, after much backlash from prior security breaches, has stated that it has temporarily removed Giphy from its integrated apps. However, that wouldn’t be the first time that a digital app was used for nefarious reasons.

This acquisition isn’t just about user data collection. Rather, it is a business strategy for cross-platform takeover. That may seem like a strong statement but let’s look at a recent transaction by Facebook. In 2013, for $200 million, Facebook acquired the Isreal-based analytics company Onavo. Onavo mainly served as a VPN provider. The idea was that this VPN service, placed behind a paywall, would provide more security and secrecy to users.

However, the company was building logs on which apps were used by which demographics based on user location and profile. This led Facebook to the realization that Facebook Messenger was not the most popular chat app. Only a year later in 2014, Facebook acquired WhatsApp for over $19 billion only after realizing that it was the more popular chat app. What happened to Onavo? They shut it down after it performed its duties.

With an eye on the competition, Facebook can see added features to create and other competitors to buyout. However, this strategy isn’t without its Federal oversight. US regulators and Congressmen are hovering over the behemoth of a company with a critical eye on anti-trust and anti-competitive behaviors.

Is there a silver lining to all of this? Well, probably not at the moment. You as a user may get better emojis or reaction GIFs. You will be able to use them on more integrated platforms.

However, like everything in life, there is a cost. A free app isn’t free. It just doesn’t cost government back currency. When Facebook is involved, the cost is your time and personal data. Enjoy your digital life. Don’t let security concerns rule your world but also know what you are doing.

Facebook nor any tech giant will stop its acquisition practices because the FTC tells them. In early 2019 Facebook was fined $5 billion for violating consumers’ privacy rights.

Was that a hit to Facebook? Well, the company posted a record $6.88 billion in profit for 2019 (not revenue) even considering the public embarrassment and FTC fine. This was up from the 2018 total profit of $4.27 billion. Think about this the next time you hit that send button.

Editor’s note: Telegram has since moved away from Giphy as a provider and now uses Tenor to provide GIFs. So Telegram users have nothing to worry about this acquisition.