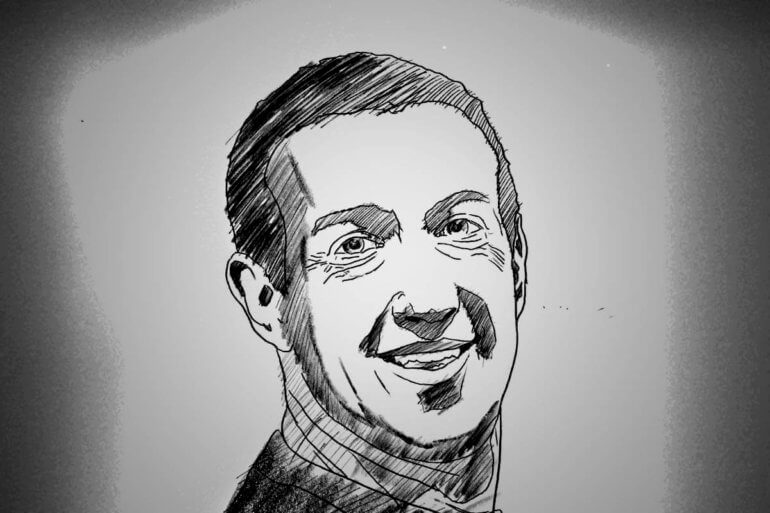 Apple recently released a keynote address at its WWDC 2020 meeting about the upcoming update to its mobile devices.

The new iOS 14 includes updates to the widgets panel, a compact UI for FaceTime and audio calls, an intelligent search bar, an upgraded CarPlay, something called Car Keys, and the update that started the tracking wars, improved user privacy across all iOS features.

The main privacy improvements listed on the official Apple iOS 14 Preview site are:

What is the big deal? These seem like mundane and common-sense options.

Is there really a problem with your security and privacy that Apple had to make a big deal about the changes? And why is Facebook so up in arms about the changes? In short, Facebook is tracking you and Apple is looking to make that functionality obsolete.

During the Keynote Address Apple described its 4 tenants on data privacy. These are data minimization, on-device intelligence, security protections, and data transparency and control.

Apple is looking to general increase on-device data handling and less data extraction to the cloud or any other third-party client. In this way, your data can be contained, protected, and constantly reviewed.

Each iOS device, like your iPhone, has a single Identity for Advertisers (IDFA). The IDFA is the most important analytic measurement for advertisers for two main reasons.

First, the iOS device offers privacy for the user as the IDFA has no personal identification information (PII) attached to it. It is just a unique number to your device that can be tracked by advertisers.

Second, it is by far the most accurate tracking token on your device. IDFAs don’t expire. They will be attached to your iPhone for as long as you keep it unless you reset the number. Cookies expire after weeks or a few months.

How ad tech companies collect information about you

It works like this. You clicked on an ad. The advertiser now attaches your IDFA with the topic in the ad. The ad network will now start a profile of your actions based on that particular IDFA. No other user will have your IDFA.

Apps collect your information the same way. When you open an app, the developer registers your IDFA and potentially anything that you allow it access to like location, demographics, and photos. The app sells this information to ad networks for a profit and your profile just doubled in size.

Your ad network profile is used to deliver targeted ads to your iPhone when you are playing games in apps or browsing the internet. These targeted ads are based on your past actions that were connected to your IDFA.

Often the ads are concerning products or services that relate to your interests and clicks. Which platform has the highest revenue based on ad sales and data sales? Facebook, main

How iOS 14 will affect ads relevance

Apple has never been in the market for selling or profiting off of ads. That makes Apple the exception to the rule when compared to the other tech giants Google and Facebook. But money isn’t earned through just ads. Ad networks and platforms make the majority of their money from targeted ads.

With Apple’s limited access to the IDFA of your phone only when you allow it, ad networks won’t be able to build the rich profile on individuals that are necessary to create effective targeted ad campaigns.

With blocked access to your IDFA, you won’t see relevant ads. Rather, you will start to see ads for tennis balls even though you don’t live anywhere near a tennis court.

In response to the IDFA privacy changes, Facebook released a statement that said it would potentially slash revenues from their ad platform Audience Network up to 50%.

The tech giant went on to say that the iOS 14 privacy updates may be so debilitating to publishers that Facebook may not offer Audience Network at all on any iOS 14 device.

Apple hasn’t completely ignored the complaints of the largest social media platform. The iOS 14 update along with the privacy changes was supposed to roll out as a package deal in mid-September of 2020.

However, upon hearing of the hit to ad revenue from Facebook, Apple alters its plans. It is still set to send out the iOS 14 updates mid-September. However, Apple is giving developers until an unknown future date in 2021 for these IDFA restrictions to be instituted. For now, Facebook and all of the other ad networks have a reprieve.

Does Apple really care about its users’ online privacy or they’re just trying to hurt their competitors (in that case Facebook)? It is hard to say either way. Apple has consistently shown an interest in user privacy.

However, it also is concerned about small businesses reaching potential clients and customers via targeted ads in a cost-efficient and effective way. Apple has never profited off the selling of digital profiles of users. Nor has it developed its own ads platform. Rather, Apple has profited mainly from the selling of hardware and software directly to users.

Privacy is a fundamental human right. At Apple, it’s also one of our core values. Your devices are important to so many parts of your life. What you share from those experiences, and who you share it with, should be up to you. We design Apple products to protect your privacy and give you control over your information. It’s not always easy. But that’s the kind of innovation we believe in.

This is a strong message from such a giant. It is hard to know who exactly the winner is here. Digital breadcrumb tracking of individuals isn’t something that was ever agreed to by the general population. It just happened and now everyone seems to be taking a hard look at the broad ramifications.

Because Apple doesn’t directly compete with Facebook there isn’t a power grab going on over platforms and user logins. Rather, there is something more fundamental that Apple is speaking to.

Apple is speaking to the fundamental rights of its fan base about the inherent troubles associated with unlimited tracking and knowledge of our deepest desires and digital searches.

If tracking ends, the user is the winner. Sure, ads will become irrelevant to some degree. But, do you really need to be reminded that toilet paper is on sale? Or that you need a VPN when you already have one?

Will the future be a tracking vs anti-tracking arms race?

Who knows what the future will holds? It could be that Tesla builds a brain implant and we start getting ads directly injected into our minds. Ads will always be a part of our society.

From the initial days of the snake oil salesmen to the simple kid behind the computer doing CPA ads, we will always have salesmen. If a hardware company makes it more difficult to track, then most likely the tech world will see this as a challenge to improve the wheel.

Let’s face it. We will always be tracked, and, as long as we are being tracked, via IDFA or something else, we will always be reminded that we searched for granny panties in the form of a banner ad telling us a lot of 50 are on sale right now.

I want to hear from you.

What are your thoughts on Apple’s new privacy moves?

Let’s face it, you’ll always see ads and get tracked by advertisers whenever you go online.

The real question is would you rather see a totally irrelevant ad or one that you might be interested in?

Please, don’t forget to share this article with your friends.