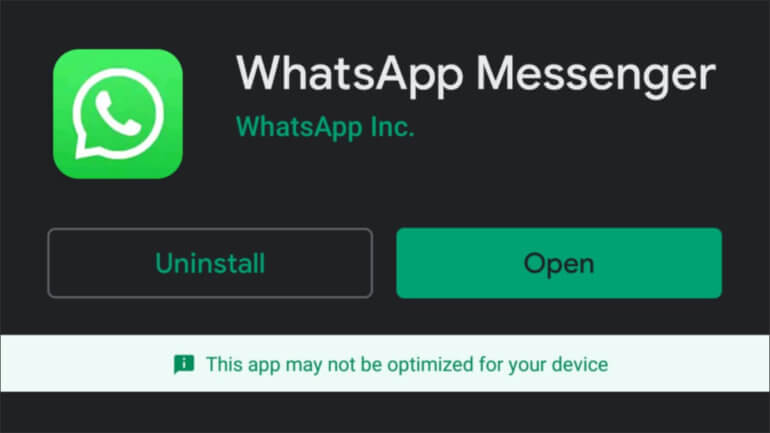 The user experience for most app users is pretty seamless. You can download and install an app in just a few seconds. However, even though not frequently, you may encounter “This app may not be optimized for your device” error when installing or updating an app.

In this guide, you’ll learn what causes this error and how to fix it.

What does “This app may not be optimized for your device” mean?

When you see the error, “This app may not be optimized for your device,” you may not face any issue in immediately accessing the app. However, you may not be able to access some of the features, or the display may be a little off under some menus. This error occurs when you try to install an app that is not compatible with your device.

It could be that there is a mismatch in terms of the required resolution. There could be a feature that the app needs (like a camera feature). When any such aspect of the device is missing, the app throws up this error.

Possible reasons for this error

Keeping the above in mind, the following are some of the options that you can try.

Since its first release in 2008, they’ve released multiple Android versions over the years. You may have to check your current Android version and look at upgrading it to the newest version. If you have an older device, then it may be restricted to only specific versions to which the device can be upgraded.

To do that go to your phone Settings. Then, select About phone.

Scroll to the end to see which Android version your phone is running.

Update your phone to the latest Android version.

Android upgrades bring a lot of under the hood fixes along with security enhancements. It carries many features that directly impact the way an app interacts with the hardware.

For example, the Android 9 upgrade restricts how an app can access the phone’s camera sensors and mic. Thus it changes the behavior of the app, and it becomes paramount to upgrade to the latest version before troubleshooting the error on the app not being optimized for the device.

This step basically makes your device compatible with the application and resolves the error. Retry the app install, the error should not appear now.

Open the Settings app. Go to Apps & notifications or Application Manager (depending on your Android version).

If the above steps don’t solve the issue, you can also try to tap on Clear storage. This step clears the cache, but it also brings the app back to its factory settings. You may need to log back in after this step and set up your preferences.

When you remove a Google account from an Android phone, all items associated with that account are also deleted. The things which are deleted include email contacts and settings. At times this step helps to fix the error of app not being optimized.

How to use AutoFill on iPhone: A step-by-step guide

Herby Jasmin·
How to

When you re-add your Google Account, it helps in identifying the mobile device and picking the optimized app versions for the device in question.

Here’s how to remove your Google Account from your Android device:

It’s recommended that you restart your phone. After rebooting, resume the process of adding your Google Account back to your phone.

The following steps will show you how to re-add your Google Account on your Android device.

The error “this app may not be optimized for this device” is typically caused by the mismatch of the app requirements and the device’s capability.

In most scenarios, the above three steps do solve the issue. If the error is still unresolved, you should consider installing an older version of the app compatible with your device. Or you could sideload the APK from the developer’s website.

If you found this article helpful, then please share it with your friends so they can benefit from it too.

Please use the comment section below for any comments, questions, or concerns you may have.