What the Hell Is Going on With Fortnite?

Here's everything you need to know about the removal of Fortnite from the App Store and Google Play Store. 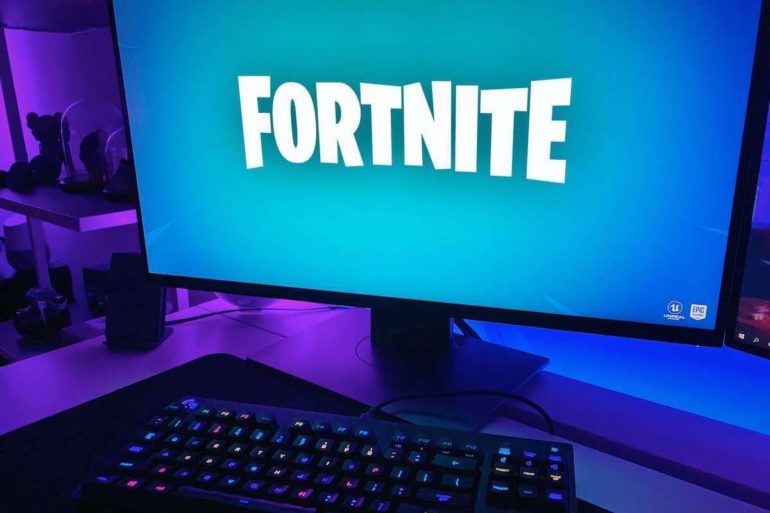 Fortnite has been removed from the App Store for violating Apple’s in-payment rules, prompting Epic Games to sue Apple.

The end goal of this lawsuit is to potentially disrupt how Apple operates the App Store. This also could result in collateral damage for independent developers that use Epic’s Unreal Engine to create some of the top games in the App Store including PlayerUnknown’s Battlegrounds.

Below you’ll find a full analysis and rundown of everything we know about Epic battle with Apple. This will continue to receive updates as there are further developments.

Backstory to the fight over the App Store

Released in 2017, this multiplayer online free-to-play Battle Royale garnered mass appeal almost immediately. In three years of availability in the App Store, there have been 350 million downloads from a massively diverse 174 countries netting Epic Games a comfortable $4.2 billion.

Further, Epic Games licenses its game platform Unreal Engine out to a slew of other third-party developers that also participate in Apple’s App Store.

Epic Games has never approved of Apple’s 30% cut of all of the purchases. Epic Games CEO Tim Sweeney even went as far as emailing Apple asking for permission to run their own competitive app store on all iOS platforms because he did not agree with the 30% cut.

Sweeney went on to acknowledge that such a store would be against Apple’s TOS policies and would require special authorization to do it. Upon denial of such request, Sweeney instituted the direct payment gateway on Fortnite.

In a negative turn for Epic Games, the U.S. District Court Judge Yvonne Gonzales Rogers ruled against an emergency order that would have restored Fortnite’s appearance in Apple’s App Store. In the ruling, she dismissed Epic Games’ argument that there would be irreparable harm to Fortnite if the game wasn’t immediately restored to the App Store.

“Epic Games has not yet demonstrated irreparable harm,” Rogers wrote. “The current predicament appears of its own making. [This fight between these tech titans] has apparently been brewing for some time and it is not clear why now [the issue has become] so urgent.”

The conflict concern’s Apple’s 30% cut for all the sales through the App Store. This also includes any in-app purchases. So, when you need a few more coins or want to open a treasure box or need a higher membership on Tinder because you need more ways to attract a match, Apple is getting a share of the profits.

Apple’s terms of services (TOS) for app developers like Epic Games clearly states that no apps are allowed to have direct payment methods in the app.

What did Epic Games do? They loaded a direct payment method directly into Fortnite. So, instead of paying through the App Store, you could pay Epic Games directly and get a discount on the purchase, i.e. the 30% that Apple was supposed to get.

It doesn’t take a rocket scientist to know what was going to happen. This was a clear and fully advertised violation of the App Store’s TOS policy. Apple pulled Fortnite from the App Store, and Epic Games immediately sued Apple for antitrust and anticompetitive behavior.

Why is Epic Games suing Apple?

The backdrop to this battle isn’t just about the money. Sure, everything boils down to money, but the lawsuit isn’t seeking monetary relief (money judgment), rather the lawsuit is over antitrust and anticompetitive behavior.

This is more than just a squabble over the 30% cut of the profits. It is true, though, that many developers can’t survive with a 30% hit to their profit margins.

No developer is allowed to offer an app to the general public for iOS devices unless it is advertised and made available through Apple’s App Store. What this means is that Apple gets to say what ends up on each user’s phone or tablet.

Apple can spy on apps and create significant analytics on what is popular and what the users want based on what developers are offering. Apple can then clone the feature and offer it to their users themselves.

This has happened before. App developer Michael Herf created F.Lux, which adjusted the blue light emitted from your screens based on the time of day. F.Lux was available for iOS but only via sideloading by jailbreaking iPhones. Apple pressured Herf to withdraw the iOS sideloaded app. What was the result? F.Lux for iOS is no more. Apple has given you Night Shift, their own built-in version of the blue light adaptation feature.

Apple has limited the accessibility to Siri. App developers, per the App Store TOS, can’t access Siri without the approval of Apple’s internal review process. This applies to all types of access from apps to the iOS system. With Apple restricting access and offering a wide array of features based on Apple App Store Apps, the result is a devalued library where developers offer the apps up for pennies on the dollar to users.

In response to many of these arguments, Apple noted that the App Store isn’t just a library of programs. It’s an ecosystem that includes access to developer tools that allow all individuals to build, test, and distribute their apps under guidelines that apply top large and small developers equally.

Apple wants to create a level playing field for all developers by providing an unbiased ecosystem to host apps. Because of the popularity of the App Store and the services offered by Apple, the App Store has grown to over 1.7 million apps from a starting point of 500, of which 60 are Apple software.

Is this just an Apple issue? Is Epic Games suing Google too?

No, this isn’t just about Apple. Yes, Google is also in the battle over control of their Google Play Store. Epic Games included the direct payment portal in the Fortnite game on the Android versions as well that are downloaded through the Google Play Store. Google almost immediately removed Fortnite from their app store as well.

Google, similar to Apple, charges developers 30% of all fees associated with purchases in the Play Store and through in-app purchases from applications downloaded from their store. The only difference is that Google wasn’t named in the initial lawsuit.

Most app developers are backing Epic Games’ play in the lawsuit. Both Spotify and Facebook have been loud about their disagreement with the 30% cut and the cut of Fortnite from the App Store. However, it will be a tough hill to climb for any real change even with the significant oversight of many of these tech giants across the globe for anti-competitive behaviors.

The European Union recently hit Google with a record fine of $5 billion for its policies regarding its own suite of apps including Chrome and Gmail. The EU and the US are starting to take deeper looks into Apple’s App Store TOS policies. Though the EU has been more aggressive on big tech probes, US Congressional oversite is pulling in Apple, Amazon, Facebook, and Google.

Why are Apple and Google pushing back against Epic Games?

Apple’s App Store and the Google Play Store, as mentioned, are more than just libraries of available apps. They are the toll both that regulates the quality of the apps to protect the end user. This protective oversight costs money.

So, the argument that the 30% is 10x more than the ~3% that PayPal charges is misplaced. These are different services. If Apple showcases an app on its App Store, there is an inherent approval of the developer and app. Apple nor Google want to offer apps to consumers that have some nefarious intentions.

The real reason why iPhones are so expensive

The Chinese tech behemoth Tencent bought a minority stake in Epic Games in 2012 and is currently the largest investor. How much do they own? The deal was $330 million for a 48% stake in the company.

In 1984 Apple released an ad for their new Macintosh desktop computer. Filmed as an homage to the Orwellian novel 1984, the ad shows a woman running down an aisle and throwing a hammer at “big brother”, or IBM of their time.

The idea was supposed to be that Apple was the upstart taking on the entrenched corporate entity IBM. Thirty-five years ago, Apple was the small fish in a very big pond. Epic Games isn’t exactly in Apple’s position.

However, they were quick to show the comparison when they released their own take on the Apple 1984 ad where the main character is from Fortnite throwing the hammer at Apple on the screen.

A court battle over anti-competitive practices could take years. This isn’t a fight for the small guy; this fight is over the ability for a games titan like Epic Games funded by Tencent to develop a competing App Store on the iOS platform.

Think of the revenue available to a company if the iOS platform users could buy games via Apple App Store or Tencent Game Warehouse. There is no way to know how a court will fall on this issue. Most likely, any decision will stay pending an appeal in a higher court. If it is particularly contentious it may even raise to the level of the US Supreme Court.

So, what is the impact to the iOS or Android user?

New players will not be able to download Fortnite onto their mobile devices from either the App Store or Google Play.

However, you can still play Fortnite if you previously bought it, but you won’t be able to update the software.

Instead, pull out that doorstop that is actually your computer and play the desktop version. There are no restrictions on payments or updates on macOS or Windows computers.

Any questions, comments? Please, let us in the comment section below.

Don’t forget to share this article with your friends on your favorite social media.