Apple’s Siri is one of the best voice assistants. So it’s frustrating when Siri is not working on your iPhone as you cannot use it to check the weather, send messages, make calls, or open apps.

There are a few reasons why this may happen though. Fortunately, this can be an easy problem to fix, as long as you know what to look for.

So, we’ve amassed a helpful guide on how to fix Siri when it’s not working on your iPhone. Without further ado, let’s dive into it.

Step-By-Step Instructions to Fix Siri Not Working on iPhone

Here are all the tips that you’ll learn about in this guide.

1. Make Sure Hey Siri Is Switched On

Before starting any complicated methods, make sure that Hey Siri is enabled because it won’t work if it isn’t. To do so, follow the steps below:

3. Now make sure that Listen for Hey Siri is toggled on.

4. If Siri was already enabled on your IOS device, disable the Listen for Hey Siri switch and wait for about 15 seconds.

5. After that, turn it back on and see whether Hey Siri is working.

Continue to the next solution if the problem persists.

Another simple yet effective method to fix issues in most electronics is to restart it, and iPhones are no exceptions.

1. To restart your iPhone, simultaneously press the power button, volume up, and volume down the button.

2. Then slide the restart button from left to right.

In some cases, a lack of internet connection can cause Siri features to malfunction. We recommend resetting the network settings to check that they are not the source of the problem.

3. Select the Transfer or Reset option at the bottom of the screen.

4. Tap Reset in the following menu.

5. After that, select Reset Network Settings from the pop-up menu.

4. Turn Off the “Type to Siri” Feature

Although the Type to Siri feature is helpful in many situations, it can occasionally cause problems. So, to be sure this is the case, we recommend turning it off using the instructions below:

2. Then scroll down to Accessibility.

4. Next toggle off Type to Siri.

Check to see if the problem is still there. If Siri isn’t working on your iPhone, try the next option.

5. Set Up Your Voice on Siri

If Siri does not reply to you when you say Hey Siri, try resetting Hey Siri to help it recognize your voice.

5. Next toggle on Listen for “Hey Siri.”

6. Set up, Hey Siri, and check to see if the issue has been resolved.

6. Update iOS to the Latest Version

Updating the iOS may help fix some known and unknown issues, including, Hey Siri not working. Follow the steps below to update the firmware on your iPhone:

4. Your phone will now check for new updates.

5. Tap on Download and Install if the new version is available.

After the update is complete, restart your phone to test if Siri is working.

Although Low Power Mode is an essential feature on today’s phones, it can cause a slew of problems while it’s switched on.

To save battery power, the Low Power Mode disables the fanciest features. As a result, this battery feature could cause Siri to malfunction. Follow the steps below to turn off Low Power Mode:

2. Scroll down to find the Battery, then tap on it.

3. Switch off the Low Power Mode if it is activated.

Another reason Siri isn’t working is that it cannot hear you properly because your iPhone microphone is blocked or not working. To fix this issue, gently clean any dirt from the microphone grills.

It’s important to note that you shouldn’t use tools like needles because they can cause major damage. Instead, use cotton swabs or a super-soft toothbrush to remove the dirt.

In most cases, Siri not working on iPhone can be resolved by updating your phone to the latest version of iOS or simply restarting your iPhone.

But if it doesn’t, try all of the solutions listed above. Assuming you’re still having problems with Siri, we recommend you make a Genius Bar appointment for help as a last resort. 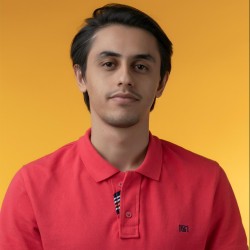 As a technophile, Farhad has spent the last decade getting hands-on experience with a variety of electronic devices, including smartphones, laptops, accessories, wearables, printers, and so on. When he isn't writing, you can bet he's devouring information on products making their market foray, demonstrating his unquenchable thirst for technology.