The 5 Best New Features of Android 10

This time the iconic dessert naming scheme is gone, it's just Android 10. 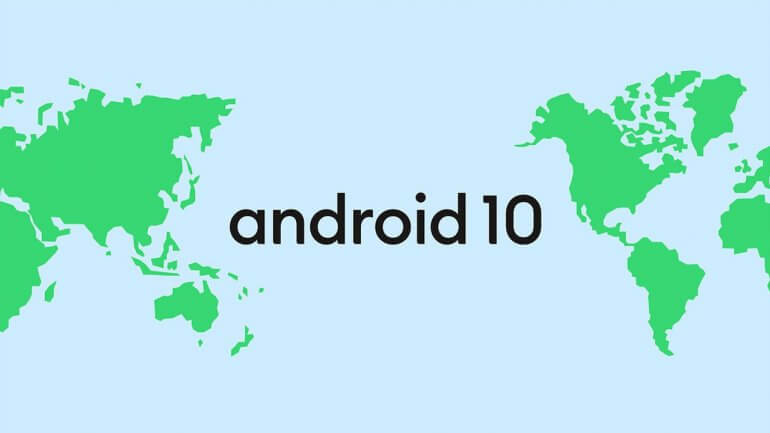 Android 10 is finally out for all Pixel phones after several beta versions have been out for testing.

There’s no alphabet name this time. As we’d expect, it’d have called Android Q. Nope, it’s now a totally new branding scheme. Google has just called it Android 10, which is simpler and better.

For many years, the little green robot with two antennas sticking out of its head is what used to represent Android as a brand, but not anymore. Google decided to split out the little dude and only left half of its head. What an atrocity!

This new Android release brought many changes, let’s take a look at the top 5 Android 10 features.

The iconic back button is gone. To navigate your Android phone running Android 10, you’ll have to rely on swipe gestures like the iPhone X. The pill-shaped button introduced last year with Android Pie, is replaced by a thin line at the bottom of the screen.

This will allow users to have more real estate screen for their apps since those physical buttons don’t take up any space.

To go to the home screen, you swipe up from the bottom edge of the phone. If you slowly swipe up halfway and hold for a sec, it will open the app switcher. Swiping inward from the left or the right side of the screen takes you to the previous screen.

If you’re familiar with iOS devices’ new gestures introduced on the iPhone X, you’ll get used to these gestures because they’re basically the same.

Dark theme has become an important aspect in the design area, which gives an appealing look to the eyes. We’ve seen it in website design, apps, OS, etc. Android 10 has finally brought the much-awaited and requested feature to its loyal fans.

With a single tap on the quick settings toggle, the whole OS will go dark, including supported apps. Dark mode will improve users’ experience. If your phone has an OLED screen, which consumes less battery life than LCDs, the dark mode will significantly help with battery life.

You probably may have noticed when writing an email in Gmail, whether it’s the app or the web version, there’s a smart reply feature that comes very handy. With machine learning, this nice feature suggests your quick answer to your messages.

Smart Reply will be built in Android 10 at a system level. Those short automated replies will also work with URLs, addresses, phone numbers, etc by opening up the appropriate app.

One of the aspects that draw lots of criticism to Android when compared to iOS is its lack of strong privacy and security features.

Android 10 comes with a dedicated Privacy page in the settings app, where you can find and adjust all your Privacy settings in one place. This new Privacy section allows you to have control over your personal data.

There are nearly 50 new built-in privacy and security features, according to Google. So, feel free to play around with them.

One of the big changes is now you’ll have options to let apps use your location only when they are active compared to the only two options “Yes, anytime” or “No, never” that we had before.

It can be a real struggle to type a 21-character Wi-Fi password (with letters, numbers, and special characters) into your Android device. Luckily with Android 10, that’s a thing of the past. A new Wi-Fi feature now allows users to easily share their Wi-Fi passwords with QR codes.

Follow the steps below to try out this new feature:

Obviously, there are more features and tweaks in Android 10, such as Live Caption, better sharing features, and much more. These are just highlights of some of the changes coming with Android 10.

Let us know what’s your favorite Android 10 feature, and don’t forget to share this article.