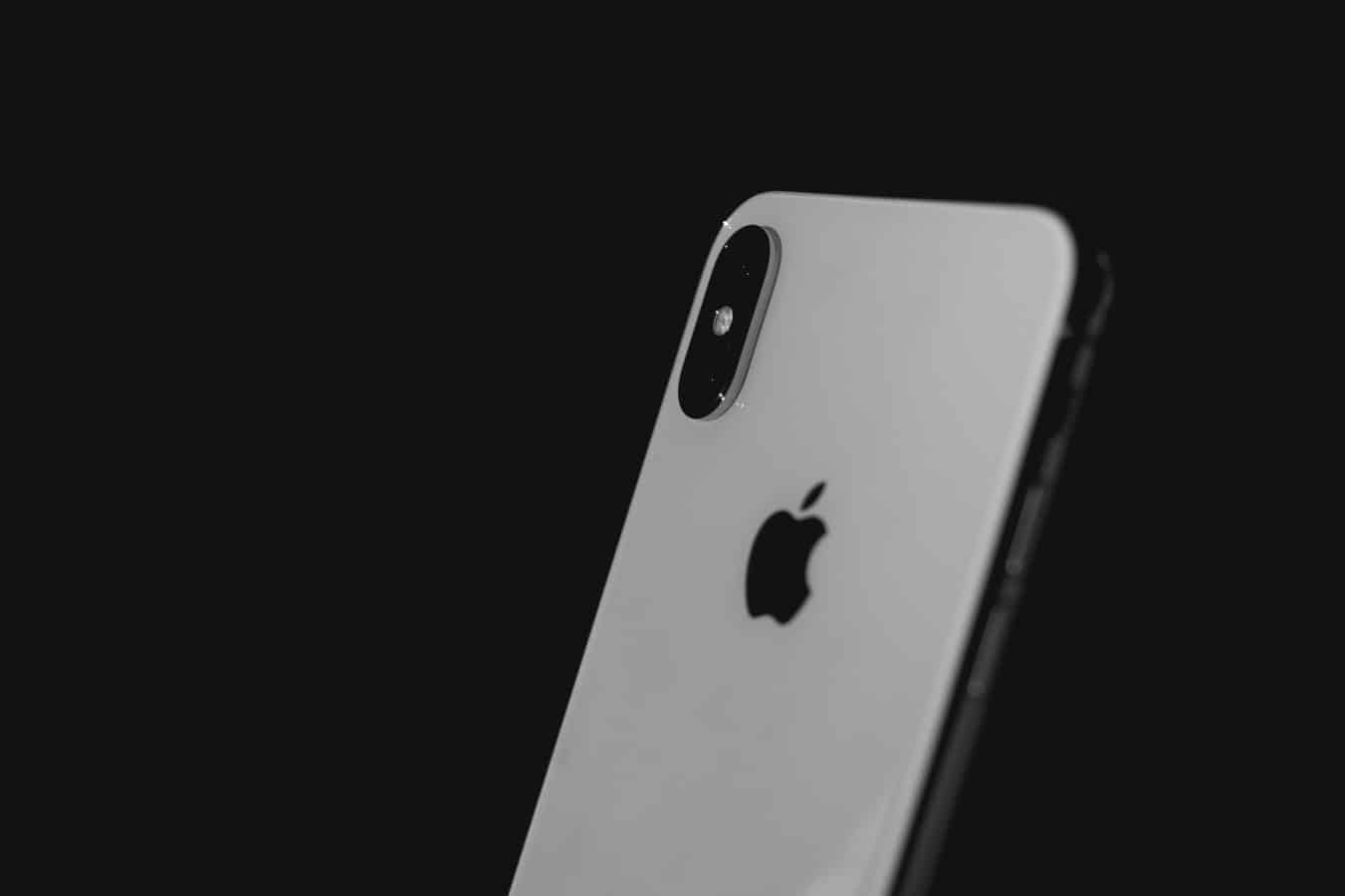 iPhone X Review: A New Beginning on the Horizon

I’ve been using the iPhone X for more than a month now. All I can say, it’s the best iPhone yet. Period. With no home button, Super AMOLED edge-to-edge display, TrueDepth Camera system, Wireless charging, it’s a new beginning for a product already loved by millions.

About this iPhone X review

I believe to make a full review of a smartphone; you need to spend some time with it. However, I do give first impressions. This in-depth review is based after I’ve been using the iPhone X for more than a month in a realistic way, with couple iOS 11 updates.

For $1000 phone, you’d think you won’t need to buy any accessories. You’re wrong. These are what you get in the iPhone X box.

That’s pretty much it! For $1000, that’s all you get. Any other accessories, you must buy them separately. Some accessories, like the wireless charging pad and wireless AirPods, in my opinion, are a must-have for a great experience. That would be perfect if at least they’ve included the wireless AirPods. They got rid of the headphone jack for better audio experience, and yet they put a wired headphone with a dongle in the box. Not cool.

Wireless charging isn’t really necessary since it’s slower than wired charging. However, Apple’s wireless charging mat is very convenient, since you’ll be able to charge up to three devices at once. (iPhone X, AirPods, Apple Watch)

If you want Apple’s AirPods, they’ll cost you $159 and they’re already sold out until 2018 at the time of this writing. If you were planning to buy a pair for Christmas, you won’t get them until January. Too bad. The wireless charging pad will set you back between $15 and $60. That’s for third-party manufacturers. Apple’s will definitely be more expensive.

If you’ve been using iPhones for the last couple years, you know this one is different. Previous models always look the same, except for the iPhone 5 that felt a kind of different because of the taller screen. You may take a look at the iPhone evolution to have a better idea of much the iPhone has changed over the years.

The iPhone X looks and feels premium. It’s all screen in the front except there’s a notch at the top of the screen, which houses the TrueDepth Camera system. And, this is one of the most significant upgrade the iPhone has got since 2007.

There’s no home button. It’s all about touch gestures to move around your iPhone. You swipe up to go home. The screen is OLED, looks brighter and has better contrast than LCD used in previous models. It has Apple true tone’s system that adjusts temperature color to the ambient light, so regardless where you’re your screen always look sharp and bright. Since it’s an OLED screen, you can expect burn-in when you tilt your phone. On my daily use, I have experienced none of that. At least not yet.

The back is made of glass, which allows wireless charging. There’s a double-camera system (one wide-angle lens and one 2x telephoto) vertically aligned on the upper left corner with a big protrusion. Without a case, it will certainly get in the way when the phone is laying flat on a surface. Most people will use their iPhone X with a case, so it’s no big deal since they won’t notice that bump. I’ve been using mine with a case since day one, so it doesn’t bother me at all.

There’s still no headphone jack. The only port you’ll find at the bottom is the lightning port between the two speakers. Nothing new here. For music and other listening, you’ll connect your wireless headphone through Bluetooth 5 technology. If you want to use your wired headphone, here’s the dongle for that.

Touch ID is gone. It’s a thing of the past. Touch ID was fast and working fine, except in certain conditions when your fingers are sweaty it may not work properly. Most people would prefer Apple to leave Touch ID as a second option to unlock the phone. But, Apple decided to remove it altogether along with the home button.

Face ID is impressive, and it’s easy to set up. It requires access to your eyes, nose, and mouth. I cover my chin and it still works. So far it’s been working fine as advertised.

If it fails to unlock your phone, you’ve got to understand you need to line up your phone at certain angles, so it can see your whole face. It works in the dark too thanks to that infrared illuminator. Face ID has a feature called Attention Awareness, that’s enabled by default. So make sure you look at the screen, otherwise Face ID won’t work. You can also turn it off in settings. Check this post for how Face ID works.

It’s more convenient than Touch ID sometimes. It doesn’t matter if you have wet fingers or gloves on. The fact that I can look at the screen, it recognizes my face and unlocks the phone feels simple and natural. However, you have to swipe up to get to the home screen. To make it work faster, you don’t need to wait for the lock icon to switch from closed to open before swiping up. While Face ID is scanning your face, which takes less than a second, you can swipe up it will unlock faster. That what I’ve observed in my day-to-day use.

It’s just absurd when it comes to justifying a $1000 phone, you come with Animoji as a point. Don’t get me wrong Animoji is fun, I’ve used it once in a while for now. I see what Apple is trying to do here. People love emojis, they use them all the time and everywhere. But static emojis feel kind of bit boring sometimes.

Besides Face ID and the TrueDepth Camera system, which is the first of its kind, Apple give its customers another appealing reason to buy the iPhone X, Animoji. It’s incredibly well done, but not everybody will find it as a buying factor.

Animoji is included in iMessage and let people send animated emojis. So far there’re twelve characters, and of course, they include the Smiling Pile of Poo. Weird, but it’s 2017. The point here is the way the camera can track and map your facial expressions just blows my mind.

If you bought an iPhone 8 Plus, you won’t notice much difference when comparing pictures taken from the iPhone X, since both have very similar cameras. The cameras are among the very best in the smartphone industry. To take great pictures with iPhones, you need to know the tricks. But with a larger aperture on the telephoto lens and Optical Image Stabilization (OIS) on both lenses, it will help you take superb pictures.

There’s no issue with shooting pictures after sunset thanks to the f/2.4 aperture, that allows sharper and brighter images in low light. Now you can shoot portrait selfies. They don’t look quite natural as the Pixel phones which don’t have depth sensor. However, portrait pictures from the rear cameras look much better. Another addition to the camera system is the TrueDepth Camera responsible for Face ID and Animoji described in the section above.

The technology they’ve put into that little cut out at the top of the screen (the notch) is what really puts the iPhone X ahead of its competitors.

Software is pretty much the same as any iPhone that runs iOS 11 except with some tweaks. Since there’s no home button, now we rely on touch gestures to get around the iPhone X. Honestly it didn’t take me long to get used to them. And whenever I use any iPhone Plus model, it feels awkward because of the size and the home button. Touch gestures are effortless and feel more natural.

With an OLED display, we expect more battery life from the iPhone X, since it consumes less power than the LCD. I’m a heavy smartphone user and I use my iPhone X a lot. So it barely gives me a full day without the need to recharge it. It might be different for someone who doesn’t use it as much as I do. Well, with a phone with that kind of technology, it makes definitely sense to use the hell out of it. Don’t get me wrong, its battery life is good, but the iPhone 8 Plus battery is better.

There’s no question about performance, the iPhone X is simply a monster. With that A11 Bionic processor, it handles everything I throw at it in my testing. Everything is smooth and responds instantly with multiple apps running at the same time. You have enough horsepower to get through just everything. However, you’ll probably have a smoother and better experience with the iPhone 8 and 8 Plus, since they don’t have the augmented reality (AR) features the iPhone X has, which require more power.

So now, is it worth that kind of money they’re asking for? Apple products have always been expensive. It should be no surprise to nobody.

It’s all relative. Everyone sees expensive, affordable and cheap differently. What might be expensive to you might be affordable to somebody else. To truly justify the iPhone X price, we cannot just consider one particular aspect as a selling point.

The iPhone X overall is a great product, with advanced technology and solid OS. On the internet, you’ll find posts that break down the iPhone X components price to justify it’s not worth the price. I’m trying here to be as unbiased as I can be. Keep in mind, the parts are just the tips of the iceberg when it comes to making an iPhone. The big deal here is research and development of the technology that’s inside of the phone.

It was just a matter of time before Apple cross that four-figure price line for its iPhones. Phones like the Galaxy Note 8 are in the same price range, but nobody makes a big deal out of it.

To charge $200 more for the iPhone X compared to the 8 Plus is unrealistic. The main differences are the OLED display and the TrueDepth Camera system. Sure OLED displays are twice as expensive as the LCD’s and Face ID is a great technology, but still don’t justify that big difference in terms of price.

It would make more sense if Apple had charged $100 more for the iPhone X, which would make it cheaper than the Note 8. For $1000, Apple could have added either the AirPods or a wireless charger. At the end of the day, it’s Apple. They’re known for lots of things in the world of technology and selling affordable products is certainly not one of them.

Should you buy it? It totally depends on you. But you may consider the iPhone 8 Plus, which is a great alternative. With those $200 you can buy yourself a nice pair of AirPods.

Apple iPhone X
The Good
Face ID
Best screen on an iPhone ever
Great camera
The Bad
Very expensive
No headphone jack
The notch can be intrusive
8.9