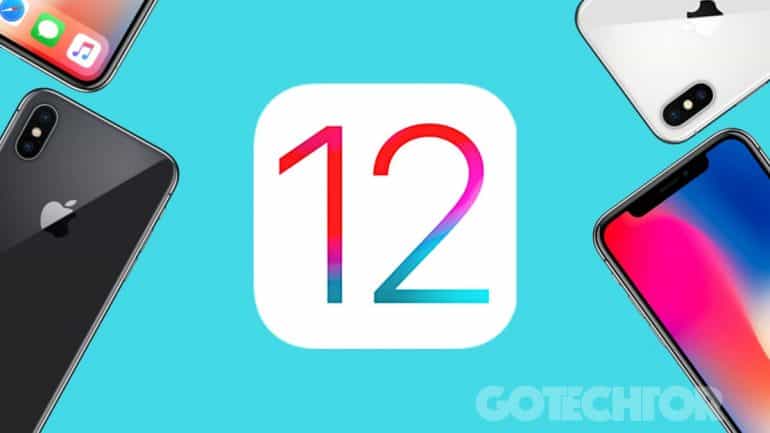 iOS 12 is finally out today for iPhones 5s and later. To download it open the Settings app, tap “General”, then “Software Update”. Your iPhone will check for any available update, after authenticating, it’ll begin with the installation.

But right before you do, you’ll make sure to create a backup of your data. Here’s a great Gotechtor guide on how to backup iPhone with iCloud and iTunes.

While iOS 12 brings some exciting new features, it feels more like a refinement of iOS 11  released last year. Here are the best new features.

There are a plethora of new features in iOS 12. Some are easily noticeable like “Grouped Notifications”, others are buried under “Settings” and need some digging to discover them. In this post, I’m not going to cover every single new feature, but instead, I’ll focus on some of the most useful.

Notifications are one of the reasons why we’re glued to our phones. And in iOS, they’re just bad. I’ve been using iPhones for years and I can tell you notifications are a mess when compared to Android. It’s a long disorganized and unsorted list notifications pilled up altogether.

With iOS 12, notifications are grouped together app by app in a nice an neat way. You have the ability to interact and manage them while you’re in there, which is pretty awesome.

Before iOS 12 all your option was either to view or clear it up. If you wanted to edit a notification, you’ll have to go to your iPhone Settings or that particular app if it has in-app notification settings. It was both annoying and a waste of time, but finally Apple put an end to all of that with iOS 12.

When Google introduced its “Digital Wellbeing” feature in Android P, we knew Apple somehow would bring something similar to its next iOS update, and here we are with Screen Time. This feature aims to make you aware of how much time you spend on your iPhone.

It’s part of Apple’s commitment to fighting smartphone addiction among young people. You can set limits for certain apps, block inappropriate contents and it’s a great way for parents to monitor their children’s usage of their phones.

I’m not sure if Apple will ever be able to take Siri to Google Assistant’s level, but they’ve been pretty hard at work to prove me otherwise. And with iOS 12, Apple’s voice assistant has taken a big step forward.

Now the “Siri and Search” section in Settings will provide your suggested shortcuts based on your regular activities and apps. You can create personalized voice phrases to trigger Siri, which will allow you to get things done in a quicker and more convenient way. You can download Siri Shortcuts from the App Store.

It’s no secret Apple is taking AR on a different level on iOS. Once you’re iPhone is running iOS 12, you’ll find a brand new app installed on it, Measure. It allows you to measure the distance between two points and the dimensions of real-world objects thanks to the iPhone’s augmented reality capabilities.

It’s incredibly useful when you’re around the house and want to measure things but don’t have a measurement tape. I’ve been measuring anything in my house and I found it pretty accurate. But I’m still skeptical to rely on it for more serious measurements.

Animoji was one of the selling points of the iPhone X. With iOS 12, they got improved and we not only have more characters but we can actually make personalized Memoji, Animoji that looks like us. It supports now tongue and wink detection, so you can get as much expressive as you want.

Now you can choose between — koala, tiger, ghost, or T. rex — to have more fun with your friends when using iMessage. The downside of Animoji is it can only be used within the Message app. It’d nice if Apple could make a dedicated app for Animoji or at least let us use it within the camera app.

While iOS 12 brings a bunch of new features, it’s more about improving performance and stability. Everything feels and runs smoother now thanks to all the small changes that Apple made under the hood. Even older phones got a speed boost.

If you found this article helpful, please recommend and/or share it with your friends so they can benefit from it too.