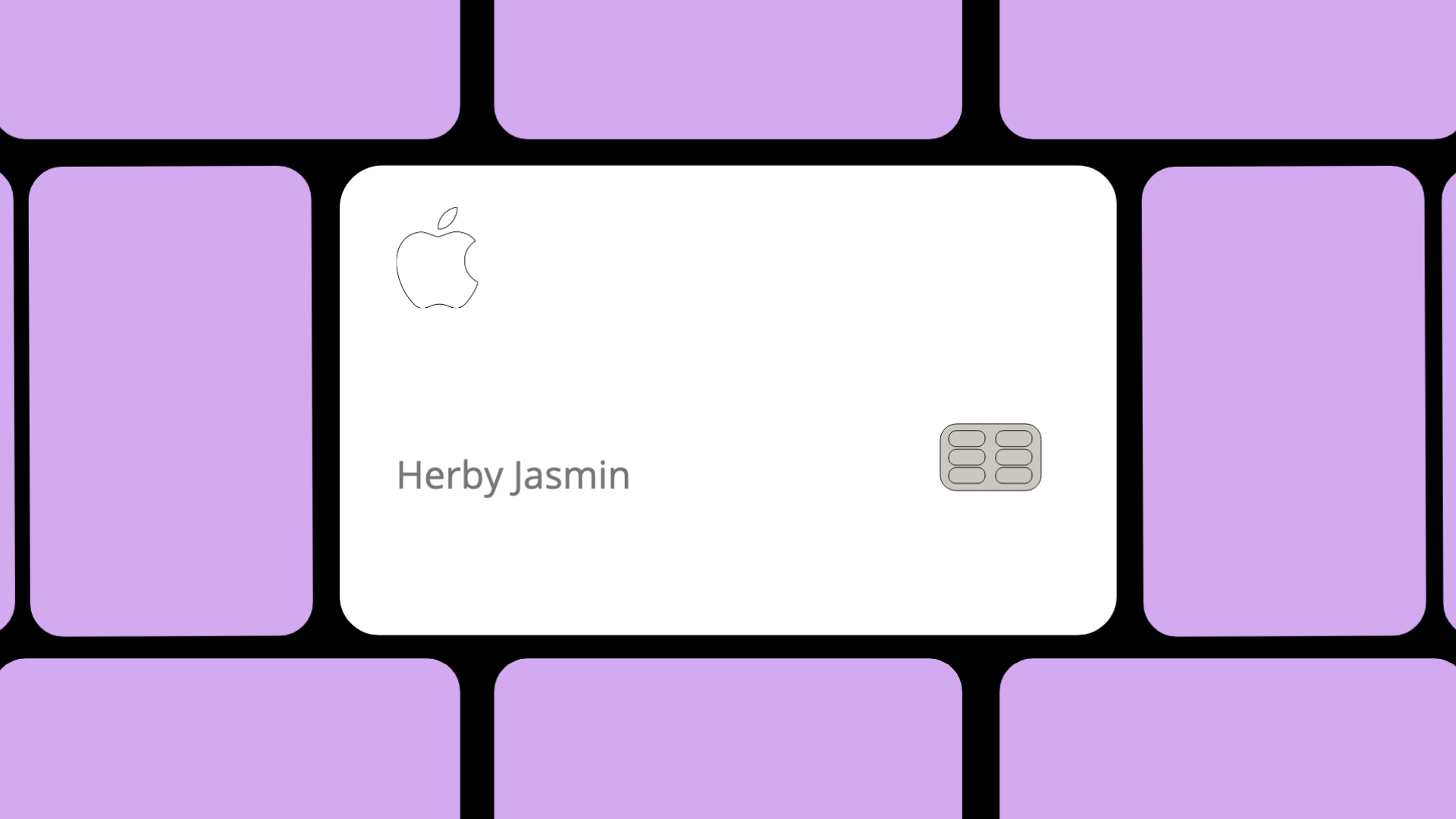 If you’re an avid Apple products fan and have been following tech news, you may already know the company has launched its new credit card, Apple Card. It was just a matter of time before the company had done so since iPhone sales have stalled in recent quarters.

While it may seem awkward for the tech giant company to launch a credit card, it was one of the safest bet Apple has to lock down its loyal customers forever and increase iPhone stagnant revenue.

Earlier this year, at its special event, the Cupertino, California-based company announced it will introduce a co-branded credit card in partnership with Goldman Sachs. Okay, a company that’s famously known to have disrupted the smartphone industry with its revolutionary product, iPhone, now out of nowhere will jump into financial services. What could go wrong here?

Nothing, it all makes sense here. You don’t need to be any Forbes or Bloomberg Financial columnist to sort this out. With a bit of sense, we’ll break down how Apple got into the finances business and what does that mean for Apple users. But before we get started, grab some coffee because we’ve got a lot to cover in this article.

Over the years Apple has reported inconsistent growth in iPhone sales during its quarterly earnings reports. When the company introduced the first iPhone, it was a major breakthrough in the smartphone industry. People got pumped up every time a new model comes out. As time goes by that hype started to fade away with competition getting tough and new players like OnePlus, Huawei stepping up their games.

If people don’t upgrade their iPhones as often as they used to, there’s a problem here for Apple from a profitability standpoint. Apple had to come up with different marketing strategies to boost its revenue. The company started to launch multiple iPhones per year, which includes a mid-tier iPhone to reach emerging markets like China and India. That didn’t really help, the iPhone 5R was a total failure and the iPhone XR is on its way to repeating the same fiasco. If you’re interested, here’s why the iPhone XR could be a market failure.

Most of the company’s revenue comes from iPhone sales. In the third quarter of 2019, iPhone sales pulled in $25.99 Billion out of a total of $53.8B revenue, which is the first time iPhone sales don’t make up half of Apple’s earnings since 2012. In the same optic of increasing revenue, the company earlier this year introduced new paid services like Apple News Plus, Arcade game. By the way, in the near future, most of Apple’s revenue will come from Paid services.

iMessage, seamless integration between software and hardware, top-notch customer service are among the obstacles that prevent iPhone users from switching to Android. But iPhone and Android are now closer than ever, whether it’s from a software or hardware perspective. It’s now easier to leave Apple without losing so much.

So, how does Apple keep current iPhone users?

How does Apple stop its loyal fans from leaving?

That’s what the Apple card is for.

What is Apple Card?

To put it short and sweet, Apple card is a credit card created by Apple in partnership with Goldman Sachs, Bank of the rich and powerful. It’s linked to Apple Pay, built-in right within the Wallet app, and will work like a regular credit card with all your transactions.

Here’s where things get interesting, you need to own a compatible iPhone to apply for Apple card. It’s clear and simple if you don’t have an iPhone, Apple Card is not for you. Here are all the Apple card requirements.

Why would Apple and Goldman Sachs release a jointly-branded credit card for only a selected market? Well, it’s typical for Apple to do whatever is necessary to keep their profits high. First of all, the smartphone maker is not a credit card company and is not trying to compete against other credit card companies like Chase or Bank of America. Apple is in the business to sell iPhones and will continue to do so for many years to come.

Apple card was introduced with the only goal to get iPhone users trapped into Apple’s ecosystem. It is a direct way for the company to counteract declining iPhone sales. It also would make iPhone users feel more special since they made the card of titanium with laser-etched with users’ names but no numbers or expiration date.

We can deny it, the card a clean and minimalist design, which is why most people will sign up for it. It’s sad, but that’s the reality of our society. Usually, metal credit cards are intended for wealthy people, and only if you own an iPhone you can sign up for the Apple card. This will play a key role in making iPhone users more loyal, which is a critical component for any business success.

Goldman Sachs, on the other hand, will get customers (iPhone users) that they wouldn’t ordinarily get. But we all can agree declining growth and margins could be the company’s motivation. And that’s also a great opportunity for Goldman Sachs to continue diversifying from global investment bank to consumer bank.

The card has no fees, the industry’s lowest interest rates with comparable cards. Credit card companies rely heavily on those fees and interests to make money. The winner here is Apple big time, it’s no surprise other banks that were in talks with Apple pulled out of the deal because of concerns about the product’s profitability. We’re not sure how this will play out for the Wall Street investment bank giant, but predictions are not good.

Treat Apple Card for what it is

So, will iPhone users sign up for Apple card? Absolutely yes. They’ll do it not because Apple card is better than any other credit card in the market right now, but because they love the brand. iPhone users will see it as another product launched by Apple, which is technically not.

The iPhone maker has been marketing Apple Card as “a new kind of credit card made by Apple, not a bank.” Goldman Sachs is the actual bank that will lend you the money, not Apple, and they’re the ones processing all the transactions.

Apple only gives you the technology and tools to seamlessly integrate the card into your iPhone. Apple card is just a credit card like any other credit card. All the cool new features that the card has, like tons of financial wellness tools, is to entice people and make it look like something totally new to the industry.

Don’t get me wrong, those tools are super useful and nice to have. Every credit card should have included them but don’t let that divert your attention away from recognizing what Apple card is intended for.

Now, how does Apple card will lock down iPhone users into Apple’s ecosystem?

If you have already signed up for Apple card, you should know it will have massive implications into your financial life. Let me explain what I mean by this.

While Apple claims Apple card is built from everything that the company stands for—like privacy, security, and simplicity—you should know that Goldman Sachs has been involved into massive controversies and legal issues around the world. Just so you know who you do business with.

To be honest, I’m not sure why Apple would choose Goldman Sachs as the issuing bank because of its bad reputation of doing business. This deal should be an eye-opening warning to all iPhone users.

Let’s say, you already own an iPhone, and you think about signing up for Apple card. The process is super quick, you can approve in a matter of seconds and start using it right away. This gives Apple card an edge over other credit cards application that typically takes days from the time you apply, if you get approved, to get the card so you can start using it.

Keep in mind, there’s no sign-up bonus for this card. A discount on your next iPhone purchase would be logical, not even an AirPods. The only incentive you get is the Apple logo on the card. It’s Apple, their greed for money knows no bounds.

Apple marketing strategy has changed, and poor iPhone sales are to blame

Now that you have your sleek rectangular titanium, what do you do next? You start using it for everyday small expenses and will buy the next iPhone and Apple Watch with it, which is Apple’s ultimate goal. That way, credit card debt will continue to hit record highs. Let’s put that into context for a moment.

Remember who you do business with

Apple card is intended for millennial borrowers who love but cannot afford Apple products. People will buy a product they cannot afford with a credit card co-created by the same company selling those products. That’s a double win for Apple.

The best analogy to this is the company is killing two birds with one stone. If you think Apple was good at making money, just wait for its next earning quarterly report, and follow its stock closely. The giant tech will make a ridiculous amount of money off of you buying its expensive products with the Apple card.

Now that you’re locked down even more into Apple’s ecosystem. How do you get out?

Let’s say, you finally realize that you can live without iMessage because there are actually plenty of great messaging apps out there. Let’s say you want to buy a new more affordable smartphone, and suddenly find yourself in a tough situation. Your Apple card is tied to your iPhone and hence you won’t be able to use it anymore. You have no choice but to close that credit card, which might have massive implications on your credit history. That’d be something you don’t want.

Now it looks like Apple card is all evil? Absolutely not. If you’re a die-hard Apple fan and can afford its products, this card is for you. But you’re probably not the ideal customer to Goldman Sachs since you’ll be able to pay off your balance every month, therefore they’ll make no money off of you.

It’s no surprise to anyone that people with subprime credit scores are getting approved for the Apple card. That’s the kind of customer Goldman Sachs is targeting, and you should be very careful if you fall into that category.

Goldman Sachs will rip Millenials off with the “No late fees” the card has. It’s already hard for most people to keep up with their credit card payments on time, imagine having a card that has no late fee penalty. Bingo! Dream comes true. Not so fast. You’ll end up paying massive interest on that balance you carry on a monthly basis and will be much harder to get out of this debt cycle.

Now over to you.

Are you considering on signing up for the Apple Card?

Are you concerned that Apple has teamed up with Goldman Sachs to create a co-branded credit card?

Either way, let us know what you think in the comment section below.

If you found this article helpful, then please share and/or recommend it so your friends can benefit from it too.