10 Best Android Launchers to Customize Your Phone to Your Liking

Want to give your Android phone a facelift? Try one of the launchers. 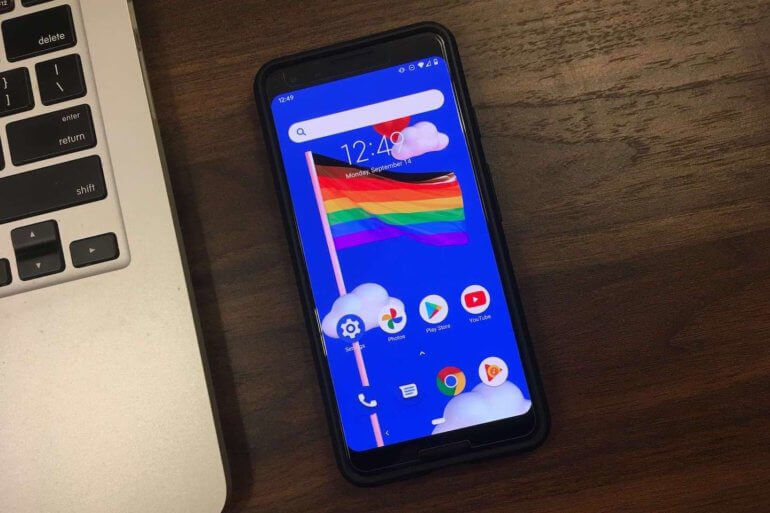 What are the best Android launchers?

An Android launcher is an app that can brighten up your android’s home screen or act as a personal assistant that gives a facelift to your android’s operating system without making actual permanent changes.

Because the android platform has significant levels of customizability, there are quite a few launchers that can make an Android interface appear in a way more tailored to a user’s preference. For some time now, android launcher applications have been a vital piece of the phone experience.

The apps possess certain undeniably attractive features, allowing users to transform their phone appearances in unique ways. If you don’t like how your home screen looks, you can download an android launcher app to customize it to your liking, including the replacement of your wallpaper, icons, and dock settings.

Every device has its own launcher, the phone simply would not be operational without it, but it may not be one that is suited to your liking. Luckily, the Play Store has a ton of options for substituting the way your device presents its content to you that might be more suited to your tastes. Themes are limited to the components that they can influence.

When choosing a launcher, make sure you do your research. Some may have a lot of appealing features but might come with some that you may not like. Here are the best Android launchers for users of every type.

Nova has been around for a long time making it not only one of the oldest android launchers, but one of the most popular among the many launcher choices.

This launcher is updated often, which means constant new additions of features, icons, and a persistently improving performance. It is rife with customizable features and a smooth flowing, clean looking user interface that is intuitive and easy to use.

Any changes you got away from are saved to the cloud or locally if you ever wish to return to the older formats.

Apex Launcher is one of the best and most popular Android launcher apps as well. Its features include the ability to change things like screen and app 3D transition, animations, and there is even a scrolling dock where you can lay a lot of icons.

It provides the stock Android look and feel with loads of superb themes and a free icon pack. It allows for apps to be locked, requiring passwords or patterns for protection. There are many wallpapers and icons to choose from in the versatile app drawer.

Some Apex themes even allow you to hide personal elements like photos, videos, and the status bar.

This app experienced some incredible changes over a few years, with one of the key additions being the ability to backup and restore the essential data to your phone.

Formally known as the Arrow Launcher, the now relabeled Microsoft Launcher is not new to the android launcher game. The app features integration with numerous Microsoft features including email, schedule planner, and direct incorporation of the Microsoft platform to go along with many android gadgets.

For those with a Microsoft based operating system, this is an even more helpful platform as it allows a seamless transition from opening on your home PC to your mobile device.

The app features a vast collection of themes (light, dark, and transparent), thousands of customized icons and gadgets, the ability to lock the phone with a double-tap, and a solid organizational scheme to help you keep your life and device in order.

The Microsoft launcher is highly capable and easy to use and includes the helpful Microsoft Personal assistant, Cortana.

Action Launcher is a remarkable app with lots of features and a high level of customization. It has more than 10,000 wallpapers along with a lot of themes to choose from.

Its features include a news channel, an integrated app lock function, the ability to hide app icons, along with an assortment of helpful goodies.

This launcher’s features resemble the feel of a Pixel device with a highly customizable user interface. The interface is 3D capable and functional in a smooth, clean manner.

The app is free, with a paid premium counter, an aspect that features even more features otherwise unavailable in the free version.

Evie Launcher has been one of the best Android launcher apps since 2016 and remains a magnificent choice today. The dock is more flexible and customizable than most android launchers for phones.

Its launcher features include a genuine home screen design with custom shortcuts, a universal search, and a lot of personalization choices, including the ability to change the app drawer and icon size.

The Evie launcher is colorful and clean and is widely considered one of the fastest launchers available. In fact, many compare it to the premium version of the Nova launcher, for no cost.

Designed with performance and flexibility in mind, the Evie launcher is a feature stocked treasure trove not to be underestimated.

Smart Launcher is an amazing Android launcher with lots of incredible designs for those who love to dabble with a great color palate.

It has numerous modern android features including flexible icon compatibility, lots of colorful wallpaper choices, redesigned app drawers, as well as the ability to change icon and widget shapes.

Smart Launcher 5 brings an overall immersive experience that can maximize how much the screen display by hiding less used features like the navigation bar.

The Smart Launcher 5 is considered by many to be the best overall launcher available.

Niagara Launcher is one of the newest android launchers with a few ultra-modern features. These include incredible ergonomics, a minimal UI with a sleek look, and lightning-fast response time.

The themes are incredibly simple to build since there is just one layout. You can have a quick list for your most common apps, or you can access them in alphabetical order on the side of the screen while placing your commonly used widgets toward the top.

While the layout options are limited, the Niagara Launcher is still in its early access stages and is sure to grow. The setup for the interface is very quick and very easy to use.

It’s no wonder it is already getting positive vibes and reviews, seeing as it has only made its market appearance recently.

The ADW Launcher is a common android user favorite thanks to its ability to transform a phone into an android desktop with its highly customizable layouts.

The ADW has small storage requirements, is highly customizable, and permits arranging your tools and apps in your preferred way, including easy to access app drawers.

The UI is easy on the eyes allowing you to customize the shades and color of your wallpaper and permits an overhaul of how the phone’s unlocking system functions.

POCO Launcher is the stock launcher for the well known (and modest) Pocophone. You can modify stuff like the app drawer background and the home screen grid to your personal convenience.

It has a fundamental stock Android format with icons on a screen and a swipe app drawer. POCOlauncher is a genuine android launcher available for most Android gadgets.

The POCO launcher is not resource-intensive and is, therefore, a good choice for people with less powerful mobile devices such as mid-range android phones.

Being small does not make it limited or non-versatile however. It sports access to thousands of wallpapers, animations, and themes, along with dark modes, double tap screen locking, easy icon resizing and layout options, and easily customizable notification badges.

If you are a fan of the Windows 10 appearance and layout, the plainly named Computer launcher is worth a shot.

But that is not the only reason. It is actually considered one of the best android launchers thanks to its familiar and easy to navigate UI, and the ability to clear junk files off your device to help the system run smoothly by boosting performance.

To go along with the windows theme, there is a red X that controls the deletion of files as well as a built-in file explorer option.

The taskbar icons, grid styles, photo tiles, and many other features are customizable to allow the launcher to work and feel exactly how the user wishes.

There you have it. This was our list of the 10 best Android launchers.

Now we want to hear from you. Which launcher from this list are you going to try out?

If we missed any of the best Android launcher apps, let us know about them in the comments.

Don’t forget to share this article with your friends.